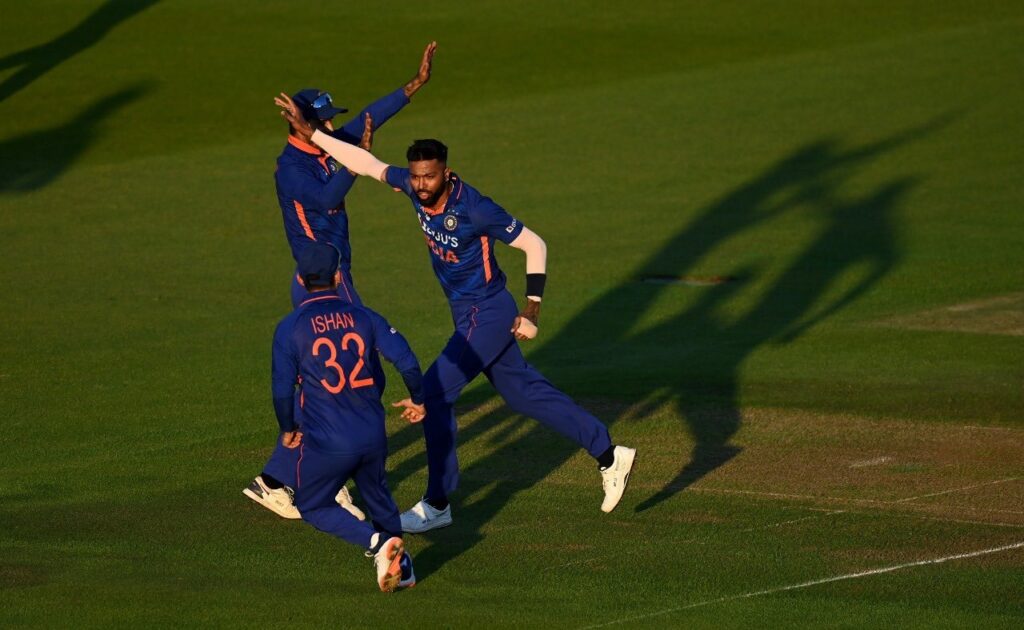 New Delhi : All-rounder Hardik Pandya has been in scintillating form since the start of IPL 2022, leading first-timers Gujarat Titans to the trophy with an all-round performance in the final at their home ground in Ahmedabad.

After coming back into the Indian team for the home T20I series against South Africa, Pandya captained India to a 2-0 series win in Ireland and produced another stellar all-round performance against England in the first T20I at Southampton, making 51 with the bat and taking 4-33 with the ball in India’s 50-run win.

Post the conclusion of T20Is, Pandya will be seen in the ODI series against England, where he is expected to make a comeback in the format after last featuring against Sri Lanka in July 2021. Former India cricketer Sanjay Manjrekar believes playing 50-overs cricket will be tough for Pandya as it takes a lot out of an all-rounder.

“There I am worried (on Pandya). I am not sure it’s a great call but I don’t think he is making the trip to West Indies, if I remember, for the one-dayers. 50-overs cricket for an all-rounder is tough, it really takes a lot out of you.”

“You are bowling 10 overs in just about three-and-a-half hours which is a lot. Plus, if you are batting towards the end and stay not out while batting first and then come in and bowl those 10 overs, it is physically very draining,” said Manjrekar on Sports18.

Manjrekar further recalled the words of 1983 World Cup-winning captain Kapil Dev on bowling after batting in the middle for India. “I remember playing with Kapil Dev and he used to sometimes confess that when he used to bat first and run those hard singles and then come in to bowl another spell, he felt it was a very demanding task.”

Manjrekar signed off by suggesting that India could use Pandya for five overs with the ball in 50-over cricket. “So, I am a little worried if Hardik Pandya plays 50-overs cricket and is expected to bowl 10 overs, or maybe he is not expected to bowl 10. His batting has been so good that he can be your batting all-rounder who will chip in with maybe five overs on a good day.