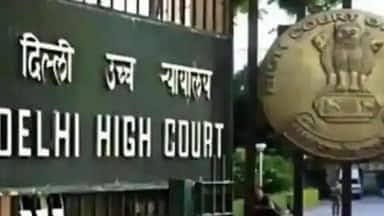 New Delhi: Hearing a petition on oxygen supply, the Delhi High Court on Saturday observed that it will “hang” whoever obstructs movement of oxygen.

The observation was made by the bench of Justices Vipin Sanghi and Rekha Palli during hearing of a plea by Maharaja Agrasen Hospital over shortage of oxygen.

The Delhi High Court said if any official at the central, state or local administration was obstructing in the picking up or supply of oxygen, then it would “hang” that person. It said whoever obstructs oxygen supply, will not be spared.

Meanwhile, the Delhi government informed the court that the system will “collapse” if it does not get 480 metric tonnes of oxygen.

“When will Delhi get 480 metric tonnes? Please tell us that,” the court asked the Union government while hearing Maharaja Agrasen Hospital’s petition.

About 20 Covid patients died last night at ‘Jaipur Golden Hospital’ due to the low supply of oxygen. The hospital has appealed authority in the national capital to arrange oxygen at the earliest.

According to the hospital, “A supply of 3.5 metric tonnes of oxygen was supposed to reach by 5 p.m. yesterday. But it reached around midnight. By then, 20 patients had died.”

Around 9.30 a.m,. the hospital’s MD, Dr. DK Baluja tweeted: “Jaipur Golden Hospital still waiting for oxygen. 215 Covid patients are dependent on the hospital getting a supply ASAP. Please help, we are desperate.”

Earlier, around 25 Covid-19 patients died in the period of 24 hours in Sir Ganga Ram Hospital (SGRH). It had raised an alarm for immediate need of oxygen supply on Thursday evening as over 140 critical patients admitted in the hospitals were on ventilators and on oxygen support.