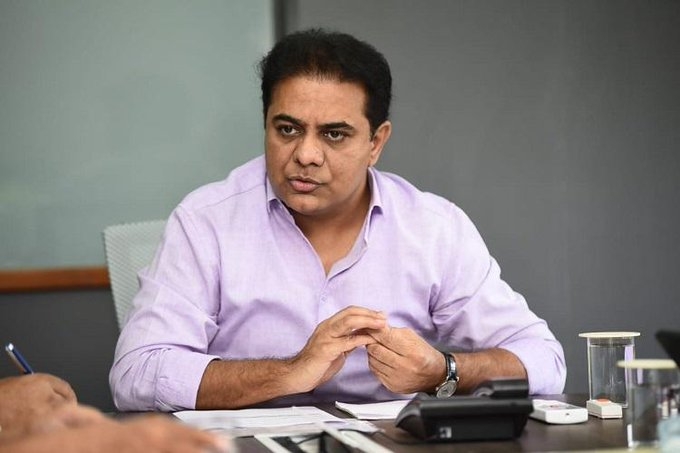 “Is there any political party in India which wants to have an alliance with the Congress,” asked the TRS leader.

He was talking to reporters in Warangal, where Rahul Gandhi addressed a public meeting on Friday.

Dubbing Congress a tried, tested and dusted party, the TRS leader wondered who would want to have an alliance with it.

“Will Rahul, who could not win his own constituency, make his party win elections in Telangana,” asked KTR, who is son of Telangana Chief Minister and TRS president K. Chandrasekhar Rao.

The TRS leader also remarked that Rahul Gandhi has handed over Gandhi Bhavan (state headquarters of Congress party) to Godse. Taking another dig at the Congress MP, the TRS leader said he read the script given by somebody.

KTR also ridiculed the Congress leader over the latter’s claim about farmers’ suicides in Telangana. He pointed out that the central government itself has declared that Telangana has the least number of farmer suicides. “If Congress is such a great party with concern for farmers, why did it lose the elections in Punjab,” he asked.

On the Warangal declaration announced by the Congress party, KTR said Congress has just repeated what it had said in the 2018 elections. aceHas Rahul Gandhi spoken in Parliament about paddy,” he asked.

“When Congress was in power, it had no rythu bandhu and rythu bheema schemes. It did not supply uninterrupted power to farmers. None of the welfare schemes being implemented by the Telangana government today was there during Congress rule.”

He dismissed the allegation by Congress party that TRS government did not waive off crop loans. He said that farmers know the truth. He urged farmers not to believe what Congress promised in the Warangal declaration.

Describing AlCC as the All India Crisis Committee, KTR said the time has come for the people to dump Congress party once for all.