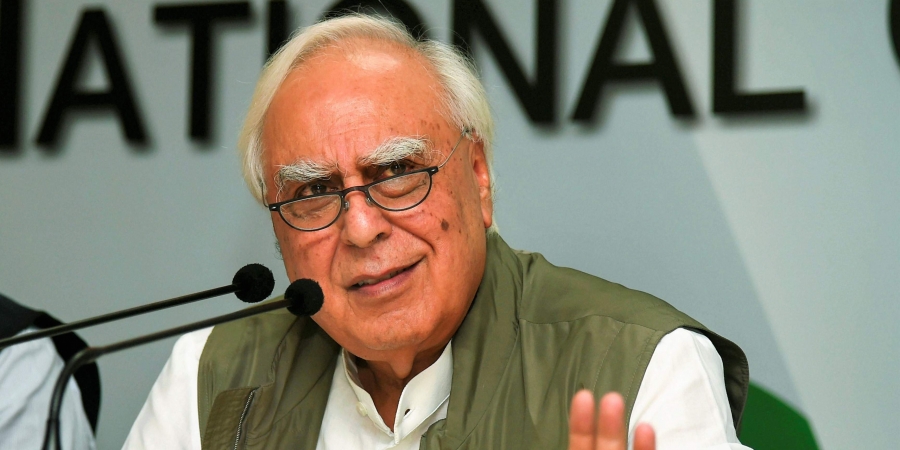 New Delhi : Senior Congress leader Kapil Sibal on Wednesday launched an attack on Rahul Gandhi and wondered who in the party is taking decisions. He said that the party leaders’ demand of organisational elections has not been met even a year after the letter was written by G-23.

Addressing a press conference in New Delhi, Sibal said, “There is no president in our party, so we do not know who is taking all the decisions. We know it, yet we don’t know, one of my senior colleagues perhaps has written or is about to write to the interim president to immediately convene a CWC meeting so that a dialogue can be initiated.”

Taking cue from the Punjab crisis, Sibal said that the border state where this is happening is an advantage to the ISI and Pakistan as everybody knows the history of Punjab and the rise of extremism in the state. Congress should ensure that they remain united to safeguard the interests of the state, he added.

Sibal said that he is speaking on behalf of those Congress members who wrote the letter in August 2020 and are waiting for the action to be taken by the leadership in respect of the election of the office of the president, to CWC and central election committee.

In August last year, a group of 23 leaders wrote to Sonia Gandhi demanding elections in the party and for visible and effective leadership. The Congress has said that party will move forward but it has not conducted elections.