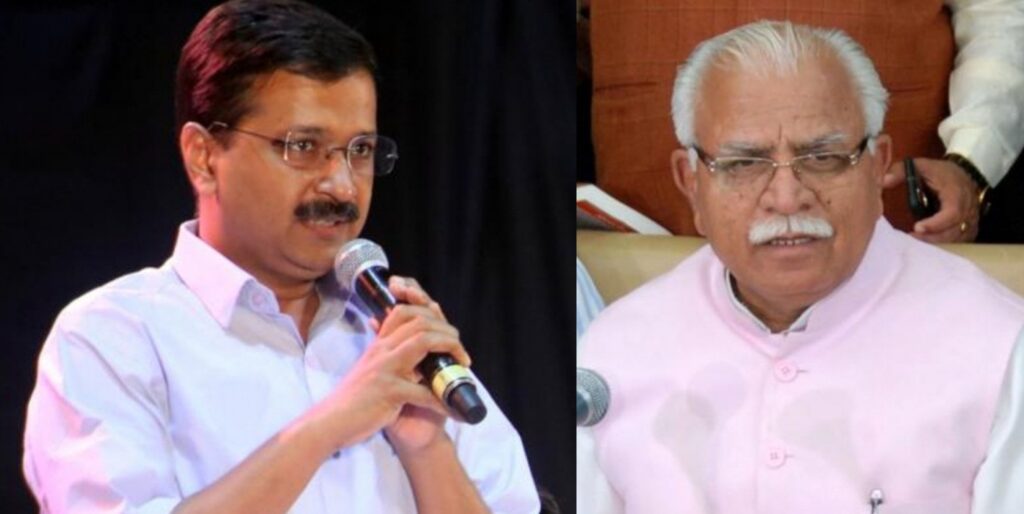 New Delhi: Delhi Chief Minister Arvind Kejriwal on Monday took a dig at Haryana Chief Minister Manohar Lal Khattar over his comment on the vaccination issue, saying his government’s aim is to “save lives, not vaccines”.

Taking a potshot at Khattar, Kejriwal said only vaccines can save lives of people so the sooner vaccines are administered, the more people are likely to be safe.

Kejriwal’s remarks came after Khattar criticised the Delhi government’s decision to stop vaccination for people in the 18-44 age group — being covered under the Central government’s third phase of the vaccination drive.

Khattar had alleged that the entire objective behind Kejriwal government’s decision was to create drama.

The Haryana Chief Minister had advised Kejriwal to manage vaccine inoculation in a better manner since Delhi has been getting more vaccine compared to other states.

“We can also end our vaccine stocks in one day by inoculating 2 lakh people in one day. But we are managing it by inoculating 50,000 to 60,000 people per day. If we would manage like this our vaccination process will continue. So, Kejriwal should follow these…,” Khattar said.

Kejriwal on May 23 announced the decision to stop inoculation of younger adults in the 18-44 age group, saying that the city was running out of stocks. He also appealed to the central government to increase the Capital’s allocation of vaccines against the coronavirus disease

Delhi received 1.6 million doses of Covid-19 vaccines this month, and its allocation for June has been halved to around 800,000, Kejriwal then said, adding that at this rate, it will take the city 30 months – or two-and-a-half years – to inoculate its entire adult population of around 15 million adults.

Kejriwal had reiterated that Delhi needs around 8 million doses per month to vaccinate all adults in the next three months.