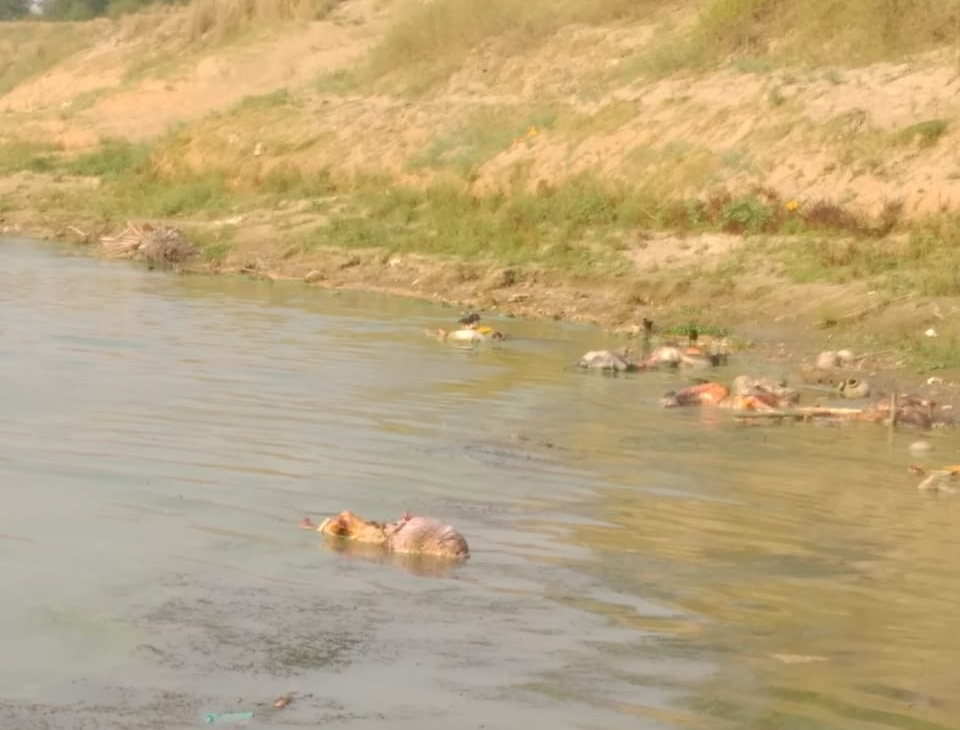 The district administration claims that both these bodies are of persons who were suffering from various diseases and were thrown into the river as per the local tradition.

However, according to unconfirmed reports, at least six bodies have been found floating in the Runjh river.

After the recoveries of the bodies, a war of words has ensued between the BJP and the Congress.

Madhya Pradesh Congress President Kamal Nath said, “Shivraj ji, till now we were seeing pictures of dead bodies floating in the Ganges river in Uttar Pradesh and Bihar. But it is now seen in Nandanpur village of Ajaygarh tehsil of Panna district in Madhya Pradesh too. Horrific pictures of six floating bodies have come to light in Runjh river. This is a very serious matter.”

Kamal Nath added that conditions in the rural areas are appalling due to coronavirus infections. The government should take immediate cognisance of the matter and conduct a thorough investigation and should increase the health services and resources in rural areas on a war footing.

Rebutting the allegations of the Congress, BJP state president Vishnu Dutt Sharma said, “Kamal Nath ji should stop politics on dead bodies. This is totally untrue that six corpses have been found in Runjh river in Panna. Only two dead bodies have been found and they are of people suffering from cancer and leprosy, which are not cremated, as per the local tradition. The Congress does not leave even the corpses to do politics.”

He said, “Kamal Nath ji, shame on your understanding and mental bankruptcy. By spreading false news about the corpses you have shown how insensitive you are. The people will never forgive you for misleading statements and telling lies.”