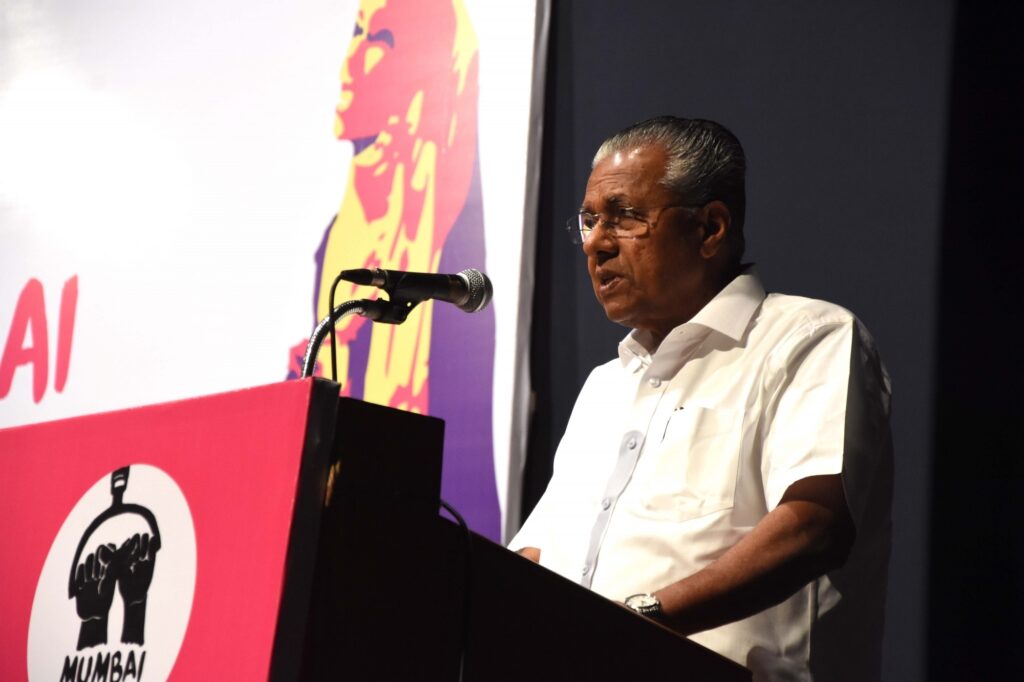 Thiruvananthapuram,  Kerala Chief Minister Pinarayi Vijayan will finally take oath of office on May 20, when Governor Arif Mohammed Khan will read out the oath, but what’s yet to emerge is the composition of the cabinet.

When asked about this, Vijayan said, yes, talks are going on as the meeting of the Left Democratic Front (LDF) is fixed for next week and after that, the decision will be made.

The swearing in has been fixed to be held outdoors at the Central Stadium, a stone’s throw from the seat of power of the State Secretariat and with Covid protocols in force, the maximum number of people who will be allowed to grace the occasion is 750.

With a week more left for the event, the last minute talks are going on and the only person who is keeping all the cards close to his chest is Vijayan, as he has now become the last word in the LDF, as he created history by becoming the first to retain power.

Vijayan is still undecided on the total number, as according to the rules including the CM’s post he can have a maximum of 21 ministers.

In the outgoing Vijayan cabinet the CPI-M had 12 ministers and the Chief Minister’s post, the second biggest ally CPI had four and one each for Nationalist Congress Party (NCP), Congress (S) and Janata Dal (S).

However this time the Left has given full fledged ally status to Kerala Congress (B), Indian National League (INL) besides two new allies who jumped the fence from the Congress led Opposition – Kerala Congress (Mani) and Loktantrik, Janata Dal.

Then there is Kovoor Kunjumon who has been a fellow traveller of the Left ever since he came from the UDF, ahead of the 2016 assembly polls and this time he won his fifth straight election.

A media critic on condition of anonymity said no doubt it will be Vijayan who will be the deciding factor.

“So it remains to be seen how many of the single legislator ally of the LDF will get cabinet post. Here too there are some qualifications which come into play especially with regard to the caste, creed and community and hence single legislator allies like K.B. Ganesh Kumar (Hindu Nair) Antony Raju (Latin Church) and Ahmed Devarkoil (Muslim – INL), all could end up as ministers. But here too it will be Vijayan’s call and with a huge majority, if he decides to leave anyone, there can be no protest at all,” said the critic.

Even though the first round of talks with all the allies have been completed by Vijayan, Kerala Congress (Mani) with five legislators is hopeful that they might get 2 cabinet ministers, but though it has already been shot down by Vijayan, they are expecting to get one of the two other posts with cabinet status, which includes, Chief Whip or Deputy Speaker, while the Speaker’s post goes for the CPI-M.

Vijayan is also the final word when it comes to selecting legislators from the CPI-M and by now cries have come that K.K. Shailaja, the Health Minister in the outgoing cabinet who won with the biggest margin of over 60,000 votes, be made the deputy chief minister.

But all those who know Vijayan, knows well that this will only be wishful thinking as in his scheme of things, it’s he who is final word and does not want a successor to him, at the moment.