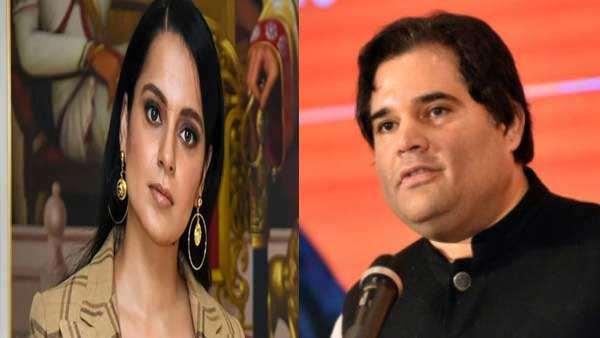 New Delhi : Bharatiya Janata Party MP Varun Gandhi on Thursday slammed Bollywood actress Kangana Ranaut for her “India got its real independence in 2014” remark and said that it is an insult to the freedom fighters who sacrificed their lives for the nation. Sharing the actress’s video, he said he was wondering if he should call her idea “madness” or “treason”.

In a recent TV show, Kangana Ranaut had said that what India achieved in 1947 was “bheek” (alms) while the “real freedom” was achieved in 2014, referring to the BJP’s win in the Lok Sabha elections.

Meanwhile, Varun Gandhi has been in the limelight for his controversial statements on issues like farmers’ agitation, Lakhimpur Kheri violence, purchase of paddy etc.

After his Lakhimpur Kheri tweets created a stir, BJP National President JP Nadda dropped him from the party’s national executive.

However, the MP still continues to criticise the government over controversial issues.