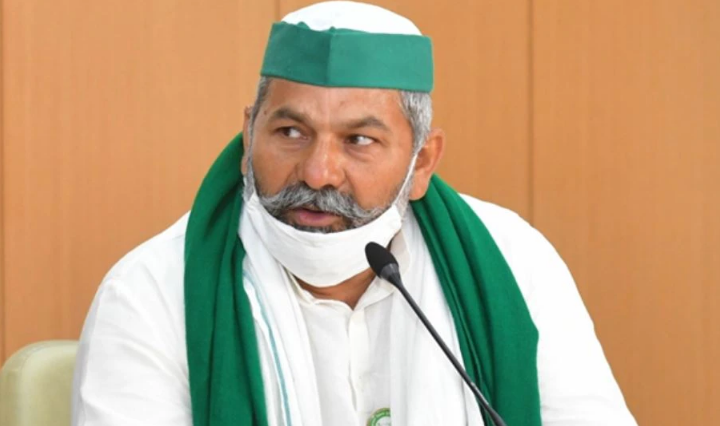 Lucknow: Rakesh Tikait, national spokesperson of the Bhartiya Kisan Union has said that Uttar Pradesh will be the next major destination for the ongoing farmers’ agitation.

“We will turn Lucknow into Delhi and all roads to the state capital will be closed. Our agitation will continue until all three agricultural laws are repealed,” he said at a press conference here.

He said, “We will go among the farmers. A massive Kisan Panchayat will be organised in Muzaffarnagar on September 5. The fourth estate is being targeted and the entire country is being held captive.”

Tikait said, “Uttar Pradesh is a state of agitation. Sugarcane rate has not been increased for 4 years; 12,000 crore rupees are still outstanding as dues of farmers. Electricity is free for farmers in several states but in UP the power tariffs are the highest. In UP, the government is now being run by the police, like in Gujarat.”

Meanwhile, activist Yogendra Yadav, who accompanied Rakesh Tikait, said that the ongoing farmers’ agitation has brought back the self-respect of the farmers and has increased their unity.

“We are announcing Mission UP/Uttarakhand. Rallies and Maha panchayats will be organised in these states. We are also demanding that toll plazas should be made free for all,” he said.