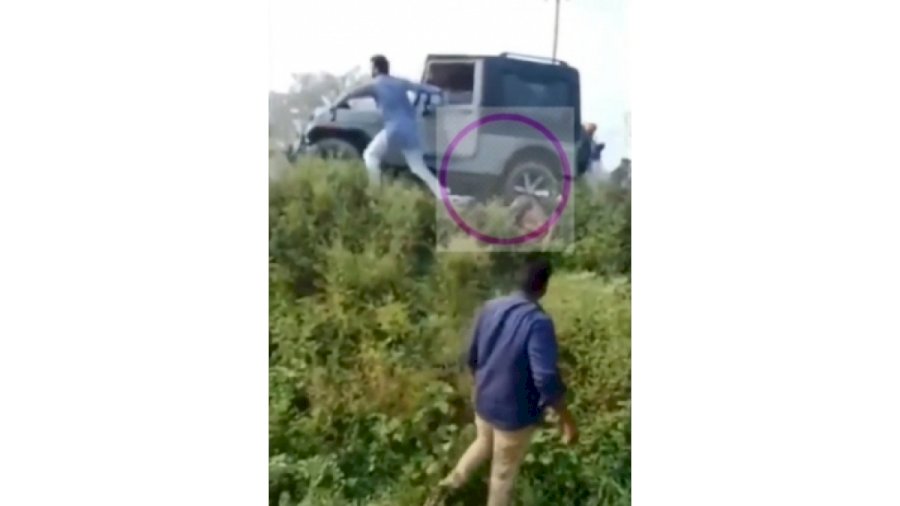 Lakhimpur Kheri (UP) : The UP Police have apparently not found time to arrest Ashish Mishra, the son of Union minister Ajay Mishra Teni, because they were ‘busy — first with the negotiations and then with post-mortems and cremations.

The FIR against Ashish Mishra was filed 24 hours ago and he has been charged with murder and causing death by negligence. The police inaction is fuelling the anger of the farmers as well as opposition leaders over the incident.

Additional Director General Police (Lucknow Zone), S.N. Sabat, said, “We were first busy with the negotiations with the farmers and then with the post-mortems and then with getting the cremations done. We follow a due process in every case and we will investigate this case thoroughly and then initiate necessary action.”

Sabat denied that the police are taking time because the accused are high-profile people.

“The attitude of the police is towards the victim, and not the accused,” he said.

The farmers in Lakhimpur Kheri, who were protesting against the visit of Deputy Chief Minister Keshav Maurya on Sunday, said the minister’s son was at the wheels of an SUV that mowed down a group of people, killing four and injuring several others. The violence it triggered led to four other deaths.

A video of the horrifying moment circulating on social media shows an SUV driving into a group of protesters from behind, crushing many of them.

Ajay Mishra, the Union Minister of State for Home, has claimed that the vehicle overturned, crushing the protesters who were throwing stones at the cavalcade. He also claimed that his son was not present at the site of the incident on Sunday.

The farmers have also alleged that one of the four people died of bullet wounds, demanding that a second post-mortem be conducted at a hospital in Delhi.

Ashish Mishra, meanwhile, said, “I was not in the car. I was at my paternal home in Banwirpur village where a wrestling event was organised. I was there from the morning till the end of the event.”