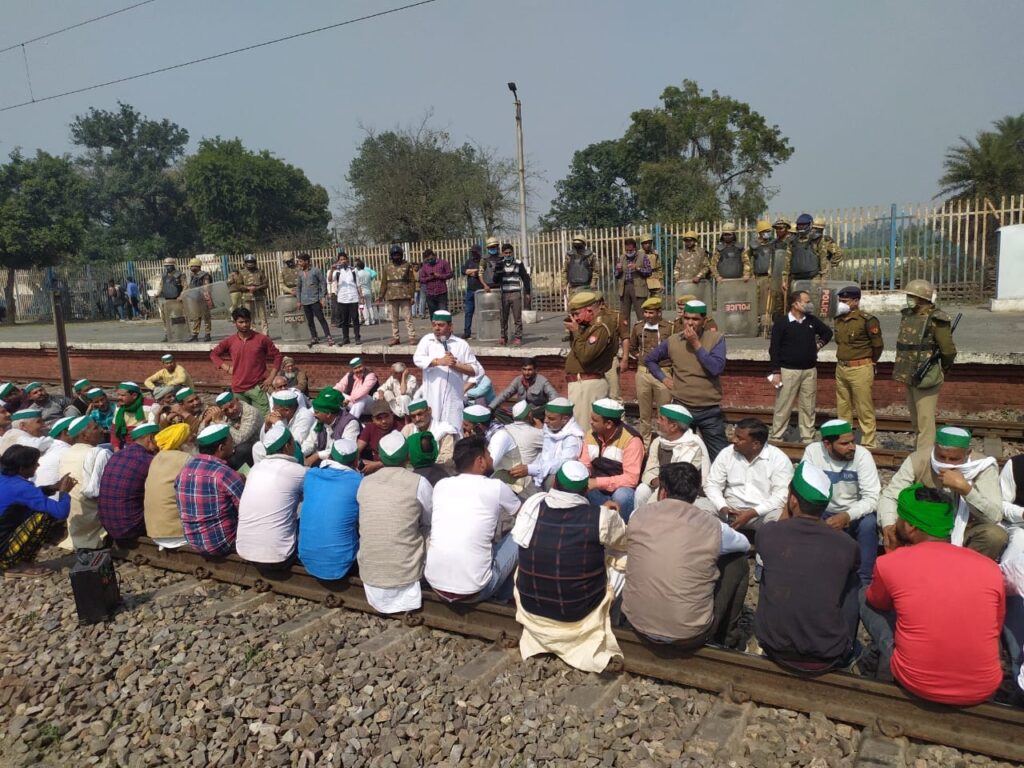 The farmers are demanding the dismissal and arrest of Union minister Ajay Mishra Teni for his alleged involvement in the October 3 incident in which four farmers were mowed down by an SUV that belonged to the minister.

According to the home department officials, 44 companies of Provincial Armed Constabulary (PAC) and four companies of para military forces have been deployed at major railway stations.

Senior police officials will be supervising arrangements in 14 sensitive districts.

Additional forces have been deployed in Lakhimpur Kheri and along the Lucknow Delhi route.

All districts in western UP will have an additional officer at the senior level to monitor the law-and-order situation.

Vigil is being maintained on the residences and movement of senior farmer leaders.

Prohibitory orders are already in place in the state capital.