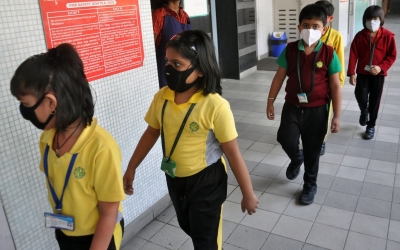 Bareilly (Uttar Pradesh), According to reports, the school management had confined the children in a room on Saturday because of non-payment of fees.

When the parents came to pick up the children after school hours, they came to know about the children being locked in a room.

The parents created a ruckus over this. They called the police asking for help when the authorities did not let the children go.

The management did not respond to calls regarding the incident.

Parents’ Association President Ankur Saxena said that he had been apprised of the incident and would discuss the issue at a meeting on Sunday after which they would lodge a formal complaint.

Sanjay Kumar, Inspector, Police Station Izzatnagar, said that no case had yet been filed against the school.