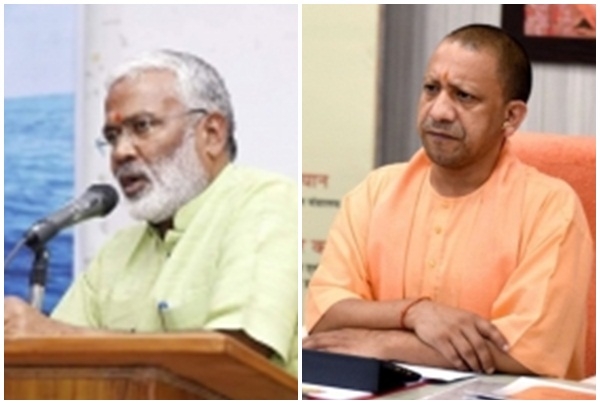 New Delhi : The Uttar Pradesh BJP is putting extra efforts on those seats which the saffron party lost in the 2017 assembly polls. Leading from the front, Chief Minister Yogi Adityanath and BJP Uttar Pradesh chief Swatantra Dev Singh have already started visiting these constituencies to reach out to the voters.

A senior party functionary said that the party leadership including the chief minister has decided to give special focus to the seats which the party had lost in the last assembly polls. “Around 80 seats we lost in 2017 assembly polls and we are working on to win these seats in next year’s state elections. Chief Minister Yogi Adityanath and state president Singh will be visiting all these constituencies in future,” he said.

During their visit, Adityanath and Singh will interact with people and tell them about the works of the BJP government at the Centre and in the state. Uttar Pradesh BJP spokesperson Harish Chandra Srivastava that the Uttar Pradesh Chief Minister and party state president have started visiting assembly constituencies which they have lost in last polls.

“Chief Minister Adityanath and state president Singh will hold public rallies or meetings to explain to people about several development and welfare initiatives started by the BJP government at the Centre and Uttar Pradesh. First such program was held in Kushinagar,” Srivastava said.

The party feels that among these seats many were lost with thin margins and with little extra efforts it can be won this time. “After Adityanath and Singh’s visit to these assembly segments, the party workers will get in touch with voters at regular intervals,” another party functionary said.

BJP state unit leaders claim that winning these seats not only increase the party tally in assembly but also balance any possible loss of existing seats. “There is no anti-incumbency against the BJP government in Uttar Pradesh and by winning these seats; we will be increasing our numbers in the next assembly polls. Seeing the development in these constituencies, people have realised the pace of development will be accelerated by electing BJP MLA,” another party leader said.