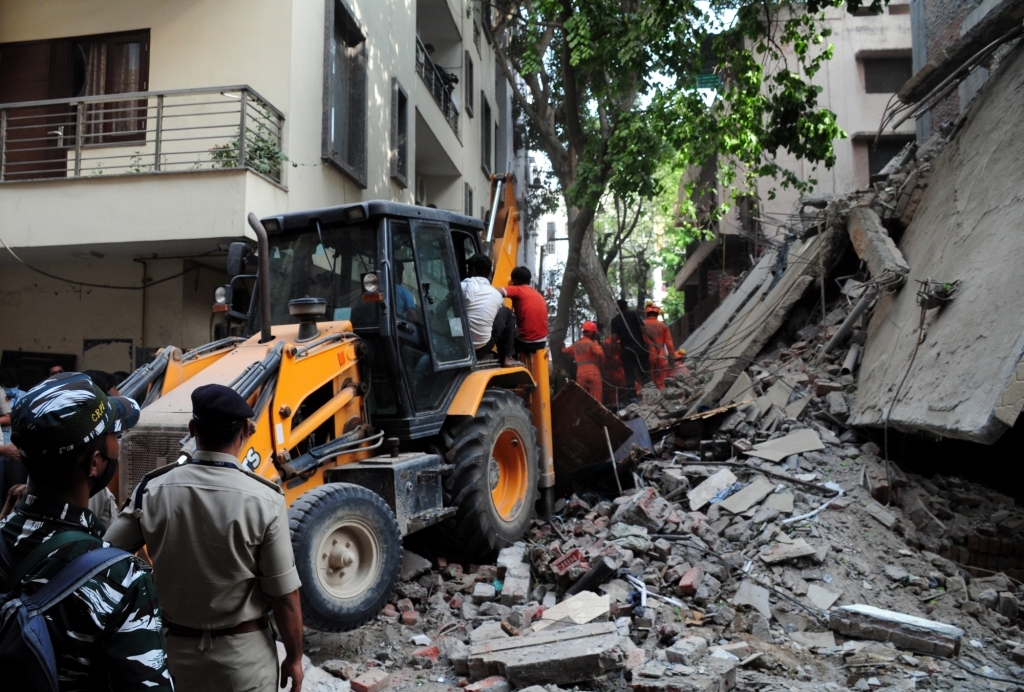 According to the official, a PCR call was received at 1.25 p.m. at the South Campus police station regarding the collapse of an under construction building at Satya Niketan. “On reaching the spot, the building was found collapsed and six people were stuck inside as per the information given by one of their co-workers,” Deputy Commissioner of Police (south-west) Manoj C said. At the same time the Fire Department had also received the call about the incident, after which six fire tenders were immediately pressed into service.

“Renovation work was in progress in the three-storey building when the incident took place,” Delhi Fire Service chief Atul Garg . One labourer, who was outside the building at the time of the incident, narrowly survived with injuries and was subsequently admitted to a hospital. A JCB crane was then deployed to clear the debris.

In a joint operation by the Delhi Police, the Delhi Fire Service and the National Disaster Response Force, five people who were trapped under the debris of the building were rescued and rushed to a hospital.”Currently 4 people are under treatment and two have expired,” the DCP informed. The rescue operation is now over.

The local people could be seen in numbers at some distance from the site of the incident, watching as the firefighters rescued the trapped labourers. The police set a perimeter to keep them away from the incident site. In a video shared by the Fire Department, a fireman could be seen handing over a water bottle, through a small hole in the debris, to the labourers trapped inside.

The incident comes a month after four people were injured when a portion of a house collapsed in the city’s Anand Parbat area.