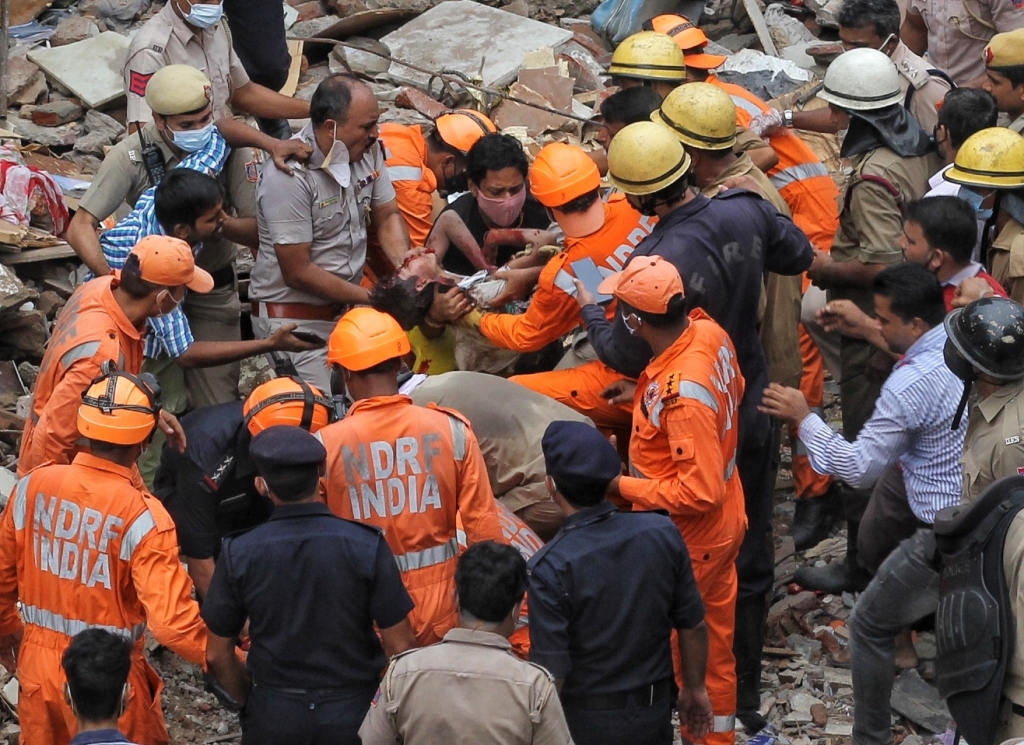 New Delhi : Two children died and one person was injured in a four-storey building collapse in Delhi on Monday. The police claims that three to four people are still under debris and authorities are making all efforts to locate them.

The building collapse was reported at 11:50 a.m. opposite Robin cinema in Ghanta Ghar Sabzi Mandi near Malka Ganj in Delhi on Monday.

Three persons, including two children, were initially rescued and rushed to the hospital under critical condition. The children succumbed to their injuries. According to initial reports, the kids were siblings and have been identified as Sushant and Somuya, aged 7 and 12 years.

The kids were sitting in e-rikhshaw while their mother stepped down to buy grocery, just outside the building, an eyewitness said.

During initial probe, it is found that construction and digging work was going on at the ground floor of the building.

“It is suspected the labours who were working on the ground floor could be trapped. The work of removal of debris is going on,” said a senior police officer.

During the incident, a pan shopkeeper was present in his shop on the ground floor. On the first, second, and third floor, families living there were not present at the time of the incident and the houses were locked.

North Municipal Corporation of Delhi Mayor Jaiprakash said it is suspected the building was under dilapidated condition. “We have also ordered an inquiry about how the ground floor was being reconstructed,” said Jaiprakash.

Hearing about the incident, Chief Minister Arvind Kejriwal said that the administration is engaged in relief and rescue work. He said that he is personally monitoring the situation.

Earlier in the day, the fire department officer said that a four-storey residential building collapsed and the department received a callat 11:50 a.m.

As soon as the fire department received a call, seven fire tenders were rushed to the spot for rescue operations.

In the meantime, initially locals were carrying out rescue operations.