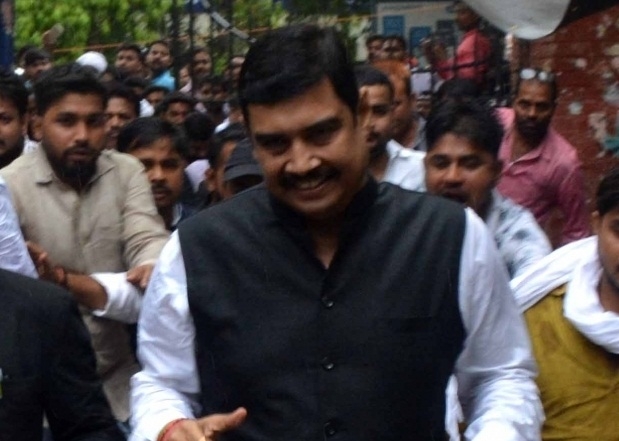 Lucknow : The death of the woman complainant in a rape case against the jailed Bahujan Samaj Party (BSP) MP Atul Rai in Delhi, has increased the problems for the accused.

The woman died on Tuesday. According to district government counsel (DGC) (criminal) Prayagraj, Gulab Chandra Agrahari, “The possibility of conviction for the accused in the rape case following the death of the complainant and also her male companion who was the prime witness, has increased as both had recorded their statement before the MP-MLA court.”

The DGC (criminal), who is monitoring the prosecution part in the MP-MLA court in this case, also provided the current status of the case against the BSP MP from Ghosi, who is lodged in the Naini jail.

He said, “Apart from the complainant and her friend, the statement of other witnesses including former station officer of Varanasi’s Lanka police station Bharat Bhushan Tiwari, investigation officer and sub-inspector R.C. Pandey, head constable Raghav Rai, Dr Rashmi Gupta, constable Priti Rawat, Amit Srivastava and Shiv Kumar Gaud, the security guard of the apartment where the alleged incident took place, have already been recorded before the MP-MLA court.”

“Now, the process of recording the statement of the accused at MP-MLA court is due,” he added.

The complainant and her companion had set themselves on fire outside the Supreme Court on August 16, after levelling serious allegations against the police and other authorities, including SSP Amit Pathak, retired IG Amitabh Thakur and a judge of conspiring against her.

The incident resulted in massive action and former Varanasi SSP Amit Pathak was attached to DGP headquarters by the state home department.

The in-charge of the Cantonment police station in Varanasi, Inspector Rakesh Singh and sub-inspector Girija Shankar Yadav were suspended and the state government formed a special investigation team (SIT) to probe into the self-immolation case.

Former circle officer Bhelupur Amaresh Singh Baghel has been suspended by the state government on December 30, 2020, for laxity in investigation in the rape case after parts of his investigation report had leaked, showing the BSP MP as a victim of a conspiracy hatched by a jailed gangster.

The woman had lodged a rape case against Atul Rai on May 1, 2019, with the Lanka police station.

Atul Rai, who had filed nomination as the BSP candidate from Ghosi parliamentary seat, won the elections as an absconder and later surrendered before the court on June 22, 2019, and has been in jail since then.

Police had filed a charge sheet against Rai and hearing in the case was taking place at MP-MLA court at Prayagraj.

Atul Rai’s brother Pawan Kumar lodged a complaint in November 2020 with the Cantonment police station of Varanasi, accusing the woman of having forged her date of birth in documents attached to her rape complaint.

A non-bailable warrant was issued against the woman and her companion in this case by the Varanasi court earlier this month.

The complainant had also filed one more case against the jailed MP and his companion Sudhir Singh with the Lanka police, accusing the two of defaming her through propaganda on social media.

Meanwhile, the complainant’s grandfather in his village in the Narahi area of Ballia district had no idea regarding her death in Delhi till Tuesday late evening.

He said that for the past two years, the complainant had not visited her parental village after she lodged the case.

“The police had once arrived here to confirm whether she belonged to this place. But, without telling the purpose of their visit, the cops returned,” he added.