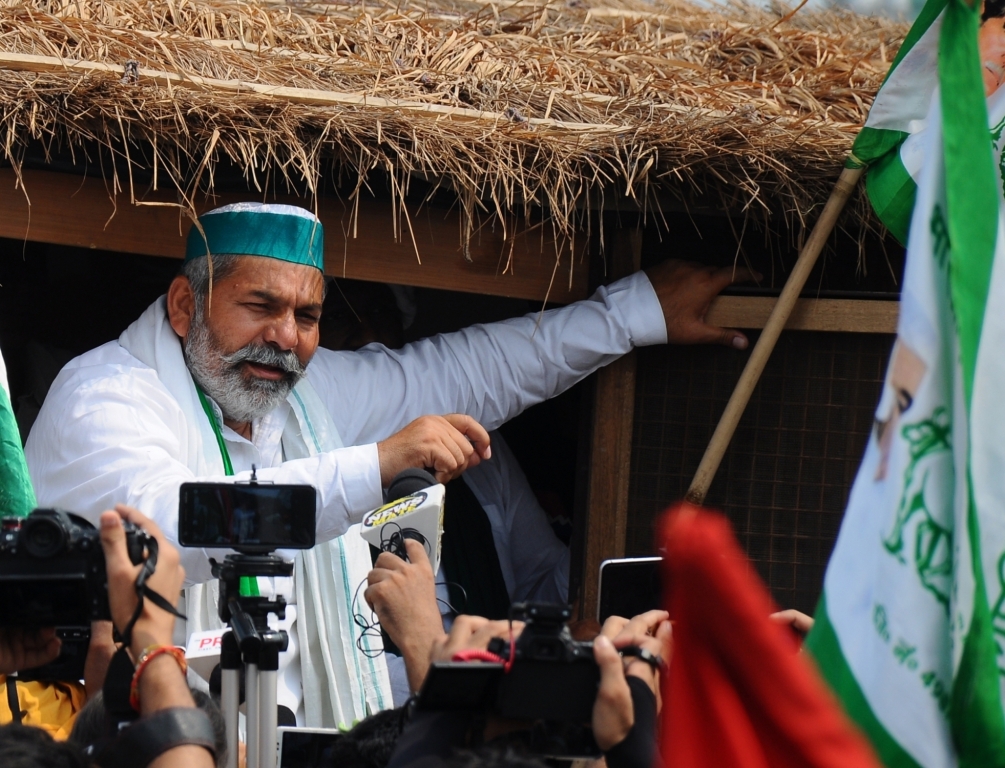 The Yogi Adityanath government has given a compensation of Rs 10 lakh to the bereaved family.

Tikait, who met the family on Monday evening, said, “There is no difference between a sanitation worker and a farmer. The government has paid Rs 45 lakh to the victims in Lakhimpur.

“Though life is invaluable, you cannot differentiate between people when giving compensation. Valmiki’s family should get similar compensation as was paid to the families of farmers killed in the Lakhimpur Kheri violence.”

He also demanded a judicial inquiry into Valmiki’s death.

“The government must provide a permanent job in the municipal corporation to Arun Valmiki’s wife. The compensation amount of Rs 10 lakh is insufficient as there are three minor children in the family, and their entire life lies ahead of them. We will stage a protest, if the family is not taken care of properly,” he added.

Meanwhile, four CCTV cameras have been installed in and around Valmiki’s house by Azad Samaj party workers to monitor the movement of persons around their house.

This was done after the family expressed fear of harassment by the police to the party’s president Chandra Shekhar Azad, who had met them recently.