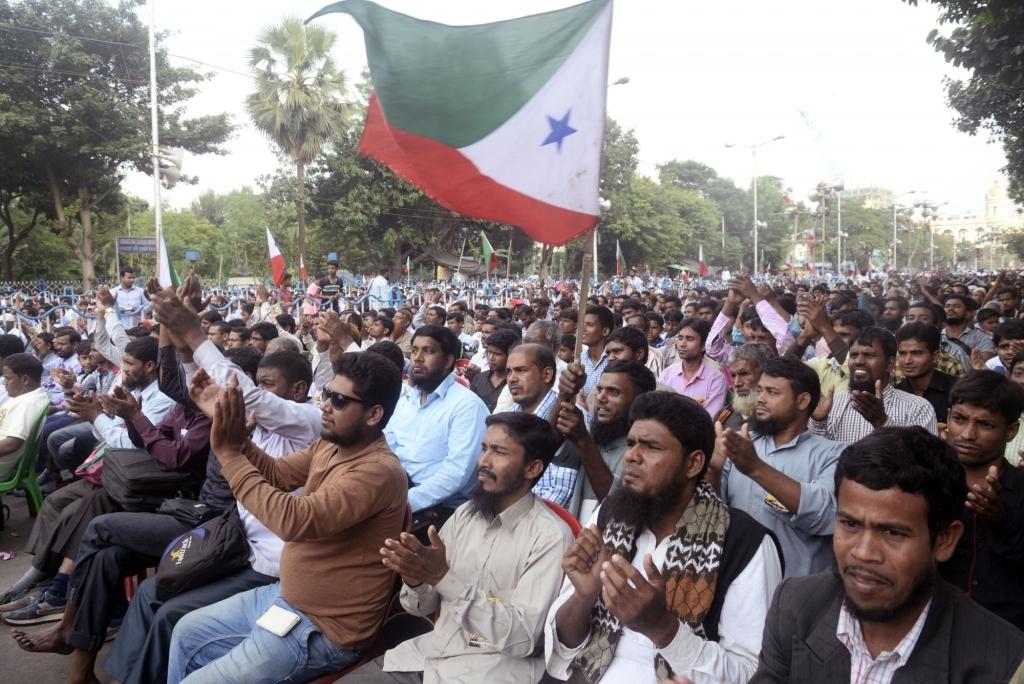 Dakshina Kannada (Karnataka) : The Karnataka Police have beefed up security in communally sensitive coastal town of Mangaluru in Dakshina Kannada district in the backdrop of Popular Front of India (PFI) planning to take out a protest march on Friday to the office of Superintendent of Police in the city condemning attack on protesters and demanding release of its activists.

The authorities have clamped prohibitory orders in four taluks of Dakshina Kannada district following violent clashes between the PFI workers and Uppinangady police. The police department has booked cases on 10 PFI workers in connection with the incident. The PFI, on the other hand, has alleged police atrocities on its workers.

A.K. Ashraf, PFI State Secretary has claimed that when the protesters were being dispersed, the police resorted to lathi-charge and attacked the PFI workers. “Don’t we have the right to question the police? Can they arrest anyone? We are questioning police on their atrocities on people who were protesting constitutionally,” he said.

“The protest will include people from all walks of life and we will also demand the suspension of police officers,” he said.

Violence broke out between the protesters and police personnel near Uppinangady police station on Tuesday night (December 14). The protesters were demanding the release of three PFI and SDPI workers who were taken into custody in connection with a rioting case. As violence broke out, a group of about 300 persons barged into the police station and attacked police officers.

Rishikesh Sonawane, Superintendent of Police of Dakshina Kannada announced prohibitory orders in Puttur, Belthangady, Sulia and Kadaba taluks to prevent any untoward incidents. Reacting to the violent incident, he stated that agitators mocked police officers and tried to enter the police station with weapons.

The protesters had attacked a woman PSI Omana and other staff. After the police resorted to lathi-charge, the violent mob attacked the police with sharp weapons and bottles, which had been carried in an ambulance. PSI Prasanna Kumar was stabbed on his hand and Deputy Superintendent of Police Gana P. Kumar suffered injuries in the stone-pelting. The miscreants took shelter in the nearby mosque and hurled stones at the police, SP Rishikesh said.