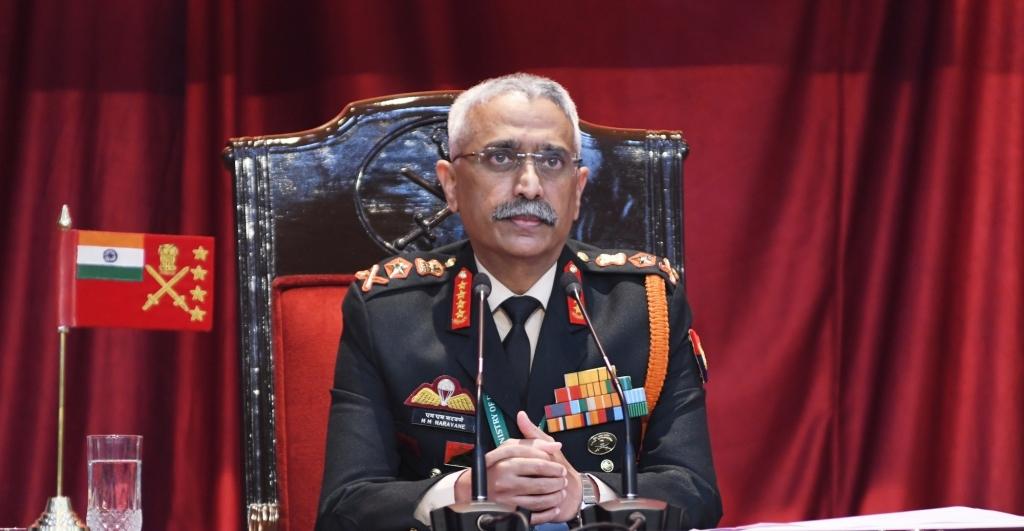 New Delhi : While there has been partial disengagement, threat has by no means reduced at the northern borders with China, the Chief of Army Staff (COAS), General Manoj Mukund Naravane, said on Wednesday as he stressed upon the fact that force deployment from the Indian side has enhanced.

Addressing Indian Army’s annual conference, Naravane said, “We will continue to deal with the PLA (People’s Liberation Army) in a firm, resolute and peaceful manner, while ensuring the sanctity of our claims. Necessary safeguards are in place.”

The army chief said that there have been positive developments, both along the country’s Northern and Western borders in the last one year.

Along the Northern borders, Indian Army continues to maintain the highest level of operational preparedness, while engaging in sustained dialogue with the PLA, he said.

Stating that after persistent joint efforts, mutual disengagement has taken place at many locations, Naravane said that the 14th round of the Corps Commander level talks is underway, and he is hopeful of some positive developments further in the days ahead.

“We hope to resolve the Patrolling Point 15 (Hot Spring) issue in the current round of talks. Once that is done, we will look at other issues which predate the current standoff,” he said.

Replying to a query about positive developments, the officer explained, “Talks have been going on for a long time. It is a good thing that talks are going on. We have to keep talking to each other. The 4th and 5th round of talks resulted in resolving Patrolling Point 14, in the 9th and 10th rounds North and South Bank and Kailash ranges and subsequently Patrolling Point 17.”

However, the army chief said that while there has been partial disengagement, the threat has by no means reduced.

Naravane said force levels, in areas where disengagement is yet to take place, have been adequately enhanced. Threat assessment and internal deliberations have resulted in re-organisation and re-alignment of forces, in keeping with the army’s mandate of ensuring territorial integrity, and to respond to the major augmentation of PLA forces and military infrastructure.

Talking about upgradation and development of infrastructure along the Northern borders, the officer said that it is being carried out in a holistic and comprehensive manner, including building of roads and tunnels for all-weather connectivity, strategic railway lines, additional bridges across the Brahmaputra, upgradation of bridges on critical Indo-China border roads, and storage for supplies, fuel and ammunition.

“Major efforts have also been undertaken to identify dual use infrastructure,” he said.

Talking about the borders with Pakistan, Naravane said that along the Line of Control, after a heightened situation for a prolonged period, the DGMOs’ understanding in February last year was aimed at achieving mutually beneficial and sustainable peace.

“Resultantly, the situation has witnessed marked improvement,” said Naravane, adding that however, increase in concentration of terrorists in launch pads across the LoC and repeated infiltration attempts are once again exposing their (Pakistan’s) nefarious intents.

“We, on our part, have resolved to show ‘Zero Tolerance’ to terror, and commit ourselves to extract dire costs, should that be forced upon us,” he said.