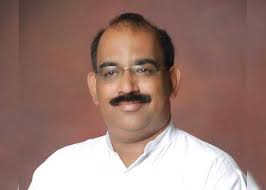 New Delhi : In the wake of some leaders joining rival camps, BJP Punjab president Ashwani Sharma said that those for whom self interest is bigger and more important than ideology are leaving the party.

that in election season many people from one party join the other and for them self interest is more important than ideology.

“It is really saddening when someone leaves the party but when ideology becomes smaller in front of self interest these things happen. For them, self interest is the only priority and they have no commitment to any ideology and they shift their political affiliation as per their convenience in election season,” Sharma said.

When asked about why they left the party, Sharma said that narazgi (unhappiness) over issues can be addressed but it is difficult to resolve when reasons for unhappiness are created to show everything is not in order in the party.

“If anyone has personal issues and grievances against me, there is a proper mechanism to resolve it in our system. There are three in-charges and the party president to address people’s grievances if there are any. But when reasons to leave the party are created it will be difficult to address,” he said.

Sharma said that the Bharatiya Janata Party (BJP) workers are serving the nation and people under the leadership of Prime Minister Narendra Modi and will continue to do the same. “Those who want to serve the people and nation without any self interest are still doing so by remaining in the party,” he said.

Recently several BJP leaders including former minister Anil Joshi have joined other parties. In July, the BJP expelled Joshi from the party for six years after he criticized the central and state leadership for mishandling the ongoing farmers agitation. It is learnt that ahead of next year’s Punjab assembly polls, many BJP leaders are planning to change their political affiliation.

“It is true that a few people including some senior leaders have left the BJP to join the opposition parties in recent times. And we are in touch with everyone and also had words with those who have already left. We are addressing the concerns but it is difficult to address when reasons are not based on issues,” he said.