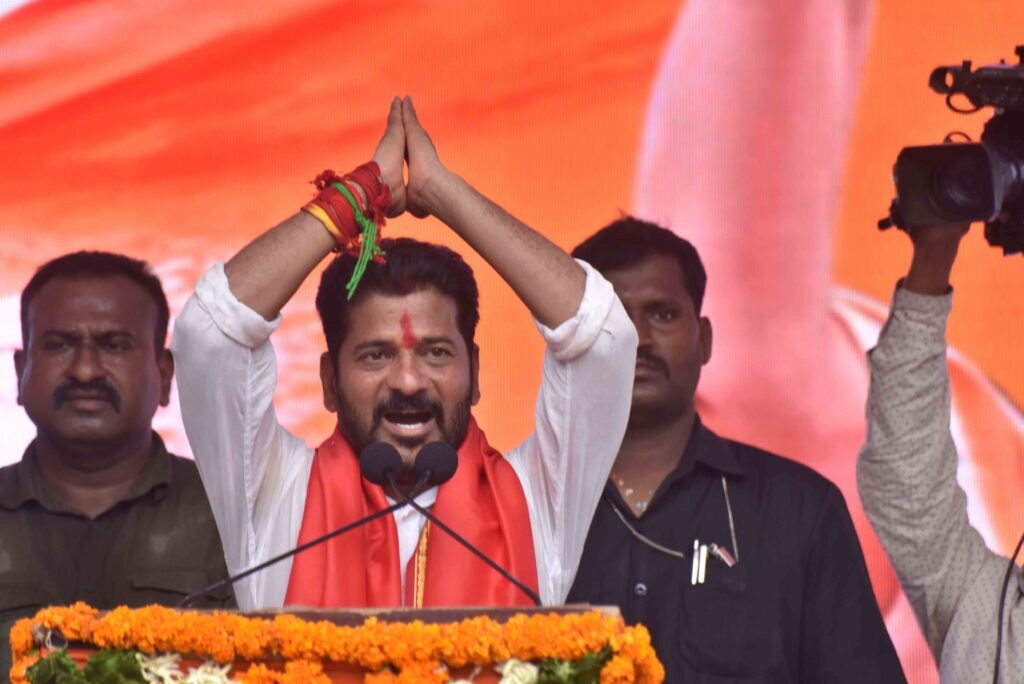 Tension prevailed in the Indira Park area in the heart of the city as Revanth Reddy and other leaders tried to advance towards Ambedkar statue despite police denying them the permission.

TPCC had called for ‘Chalo Raj Bhavan’ to lodge its protest against the hike in fuel prices but police had denied the permission for the same.

However, the Congress leaders were only allowed to hold a protest meeting at Dharna Chowk at Indira Park.

When Revanth Reddy and others removed the police barricades and tried to force their way towards Tank Bund to reach Ambedkar statue, police stopped them. This led to pushing and jostling between the two sides.

Revanth Reddy said police cannot suppress their voice with arrests. He vowed to continue the fight against the price hike.

Earlier, addressing the dharna, the TPCC chief alleged that Modi government has put Rs 36 lakh crore burden on people. He claimed that no other country in the world has such a huge tax on petroleum products.

Revanth Reddy slammed both Modi and KCR governments saying they are responsible for Rs 6 lakh debt burden on every citizen.

He termed the behaviour of police as atrocious. He said NSUI state president Venkat Balmoor was arrested despite the permission granted for protest at Indira Park.

The Congress party alleged that several leaders and workers were placed under house arrest or were prevented from reaching Indira Park.

AICC secretary N. Bose Raju also participated in the dharna protest against the increase in process of petrol, diesel and LPG. He said repeated fuel price has adversely affected the livelihood of common man.

This was the second major protest programme organised by Congress on price hike issue since Revanth Reddy took over as TPCC chief last week.