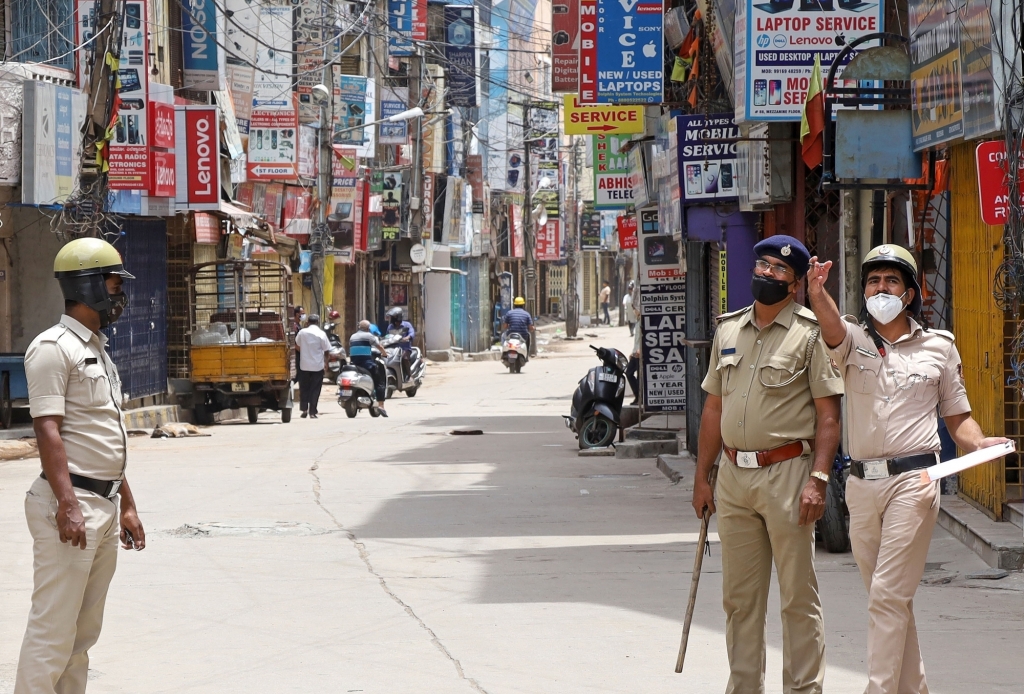 Belagavi : Tension prevailed in Karnataka’s border town of Belagavi after a protest condemning the desecration of a Shivaji statue turned violent, with demonstrators resorting to stone pelting at police personnel.

As many as 20 vehicles, including police jeeps, were damaged in the incident on Friday night, triggering the police to resort to lathi charge against the violent mob.

Security has been beefed up across the city to prevent any untoward incident.

During midnight, the protesters staged a flash protest at the Sambhaji Circle as a video of the desecrated Shivaji statue in Bengaluru’s communally sensitive Shivajinagar locality went viral on social media earlier on Friday.

The protesters demanded the immediate arrest of the culprits and also urged to perform ‘Ksheerabhisheka’ (a ritual of pouring milk as a mark of respect) to the desecrated statue.

When the police were trying to broker peace with the agitators, the mob resorted to violence and started pelting stones and also tried to torch a police vehicle.

The police then resorted to lathi charge to disperse the violent mob. As many 400 police personnel have been deputed across the city.

The winter session of the Karnataka State Assembly is being held at the bordering town after two years in the Suvarna Soudha and entire government machinery has been shifted from Bengaluru to Belagavi.

Karnataka police are suspecting the role of Maharashtra Ekikarana Samithi (MES) party leaders to create disturbance during the time ongoing session in Belagavi. MES has made a futile attempt to organise ‘Mahamelav’, parallel to the Assembly session and one of its top leaders was blackened by Kannada activists.

The police have arrested the activists.

Following the incident, the Kannada flag was burnt by Shiv Sena activists in Kolhapur, Maharashtra.

The Karnataka Assembly has passed a censure motion condemning burning of the Kannada flag and sent it to Maharashtra government and the Centre seeking action against the perpetrators.