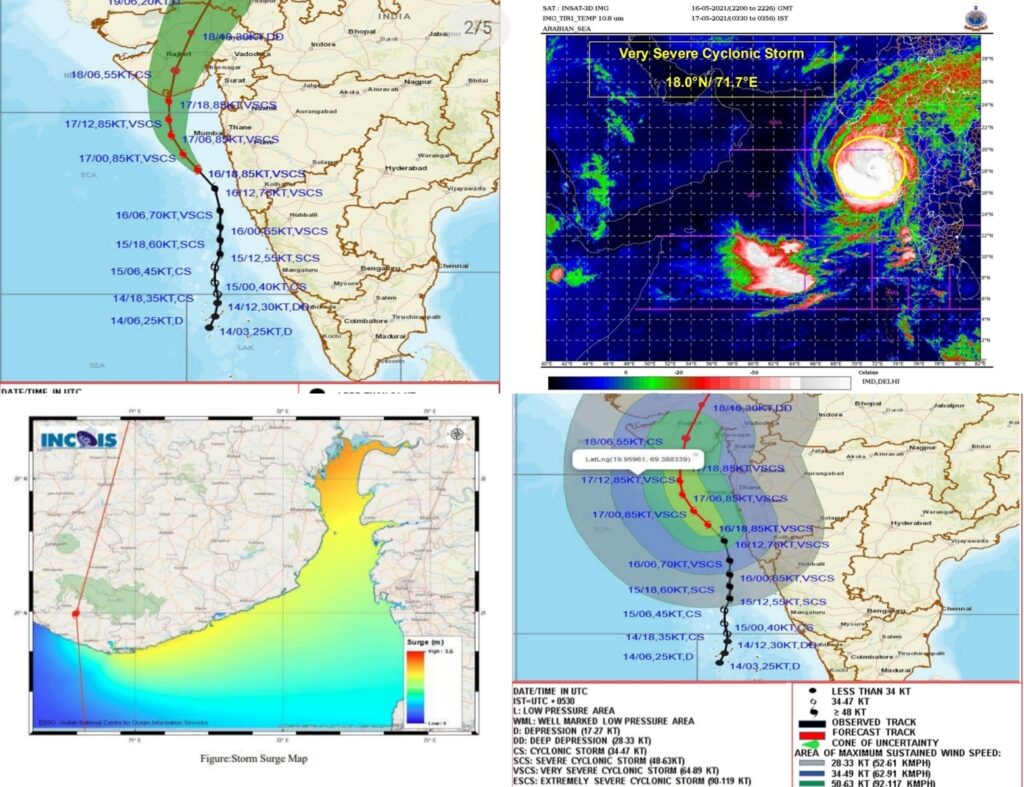 Orange message regarding cyclone warning for Gujarat and Diu coasts in view of Tauktae over east central Arabian Sea has been issued, the National Weather Forecasting Centre of the India Meteorological Department said on Monday.

Tidal wave above astronomical tide is likely to inundate coastal areas with inputs of about 3 meter over Amreli, Gir Somnath, Diu, Bhavnagar, 2-3 metre over Bharuch, Anand, southern parts of Ahmedabad, 1-2 metre over Surat, Navsari, Valsad, and 0.5-1 metre over the remaining coastal districts of Gujarat during the time of landfall.

It is very likely to be very rough to high along and off south Gujarat coast from Monday morning and very high to phenomenal from Monday midnight, till Tuesday forenoon and improve gradually thereafter.