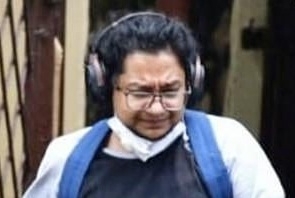 Mumbai, Bollywood actor Sushant Singh Rajput’s flatmate Siddharth Pithani was arrested from Hyderabad in a drug case related to the actor’s death on June 14 last year, and has been sent to five days custody of the Narcotics Control Bureau (NCB).

NCB Zonal Director Sameer Wankhede said that Pithani was produced before a Mumbai court which sent him to the agency’s custody till June 1.

Pithani was asked to join the probe, but he didn’t, and following this, NCB officials gathered information on his whereabouts.

Wankhede said that the drug law enforcement agency found that he was in Hyderabad and accordingly on May 25, a team from Mumbai was sent there in search of Pithani, who has been long absconding.

The NCB Mumbai team was assisted by NCB, Sub Zonal Unit at Hyderabad, he said.

He said that Pithani was arrested on May 26 and his statement recorded. He was later produced before a court in Hyderabad for his transit remand.

With the grant of transit remand, Pithani was brought to Mumbai on May 28 and produced before a court, Wankhede said.

The arrest comes almost two and half months after the NCB filed a 12,000-page charge sheet against 33 people, including Sushant’s former girlfriend and actress Rhea Chakraborty, her brother Showik and others in the Bollywood-drugs mafia probe case linked to Sushant’s death on June 14, 2020, when he was found hanging in his flat.

On March 5, the NCB charge sheet was filed before a Mumbai Special NDPS Court, following two cases registered by the drug law enforcement agency after an intimation from the Enforcement Directorate which was probing the financial angles in Sushant’s death.