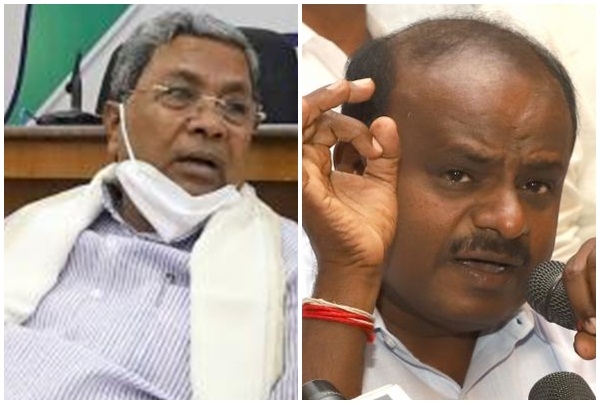 New Delhi,  In the run up to the toppling of the opposition-run state government in Karnataka in July 2019, the phone numbers of then Deputy Chief Minister G. Parameshwara and the personal secretaries of then Chief Minister H.D. Kumaraswamy and former Chief Minister Siddaramaiah were selected as possible targets for surveillance, The Wire reported.

The Wire reviewed the records of the numbers that were of interest to an Indian client of Israel’s NSO Group, the creator of the Pegasus spyware.

The numbers form part of a leaked database accessed by the French media non-profit Forbidden Stories and shared with an international media consortium as part of what is called the Pegasus Project.

NSO sells its Pegasus spyware — whose use involves the crime of hacking into a smartphone under Indian law — only to governments. Neither NSO, nor the Narendra Modi government has denied that India is a customer, The Wire reported.

The records indicate that the phone numbers of some of the key political players in Karnataka appear to have been selected around the time when an intense power struggle was taking place between the BJP and the Janata Dal (Secular)-Congress-led state government in 2019, after 17 ruling legislators belonging to the ruling alliance abruptly resigned to force a trust vote in the state Assembly.

This period also coincides with the selection of a new number that former Congress chief Rahul Gandhi began to use after discarding an earlier one he had been operating, and which had been on the list of potential spyware targets since 2018.

The Wire reported that in the absence of digital forensics, it is not possible to conclusively establish that these Karnataka politics-related phones were infected or subjected to an attempted hack.

However, the timing surrounding their selections as possible candidates for surveillance is crucial as during the political power game that played out in the southern state, the Congress and the JD(S) had alleged that the BJP, actively backed by the Union government, was attempting to topple their coalition government by poaching their party legislators.

In its review of the leaked data, The Wire found that two phone numbers belonging to Satish, the personal secretary of then Chief Minister Kumaraswamy, were selected for potential targeting in mid-2019, at a time when the Congress-JD(S) government was struggling to win back the rebels.

When The Wire reached out to him to inform about his presence on the leaked list, he refused to comment but confirmed that he was using the phone number in 2019.

Sources close to Siddaramaiah said that the former CM hasn’t been using a personal phone for many years, and relies on his aides for phone conversations. Therefore, the selection of Venkatesh’s phone number as a potential target for surveillance in this period assumes immense significance.

On similar lines, then sitting Congress Deputy CM Parameshwara was also selected as a potential candidate during the political controversy in Karnataka.