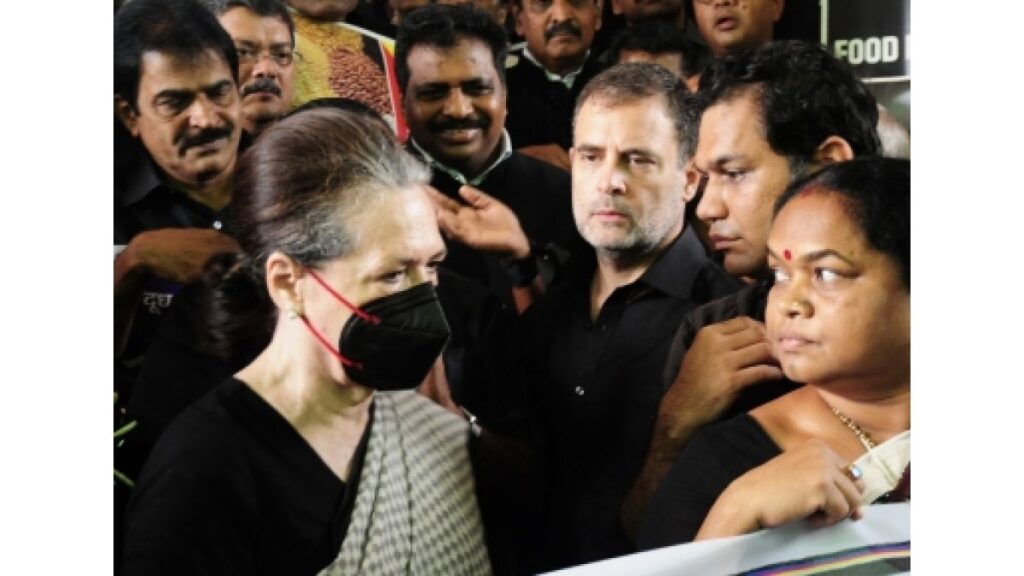 Bengaluru : Retaliating to the statement of Rajya Sabha Opposition leader Mallikarjun Kharge, Union Minister for Parliamentary Affairs, Mines and Coal, Pralhad Joshi on Friday said that Congress leaders Sonia Gandhi and Rahul Gandhi did not cooperate in the probe by the Enforcement Directorate (ED).

Kharge stated earlier that how can they participate in the parliamentary debates if the ED takes up investigation during the parliament session. Pralhad Joshi questioned whether Congress leaders extended their support when Sonia and Rahul Gandhi were called by the ED for investigation when there was no session?

Joshi said that the intention of the Congress is there should not be any probe at all. Sonia and Rahul Gandhi approached the High Court, Supreme Court and Tribunal seeking a stay on the probe by the ED but they did not get a stay. When the Supreme Court had refused to stay the investigations, can the ED stop the probe against them, he asked.

Joshi said Kharge is the CEO of Young Indian, which has a major role to play in illegal money transfers. In this backdrop, Kharge was summoned by the ED.

Since Mallikarjun Kharge is in public life he must cooperate with the investigating agencies. Kharge, who questions how he can be given summons during the parliament session, should come forward and inform what is the cooperation he has given for the smooth functioning of parliament? Whenever ED summons are given to Sonia Gandhi and Rahul Gandhi, Congress leaders have disrupted the parliament session, Pralhad Joshi stated.

“We need not learn lessons from those who imposed Emergency on the nation. When the Congress was formed democratic values were overlooked,” he said.

Today all the courts have rejected the pleas of the Congress. The party is not showing faith and trust in the judiciary. Is this not an anti-democratic move? Joshi said on his social media.