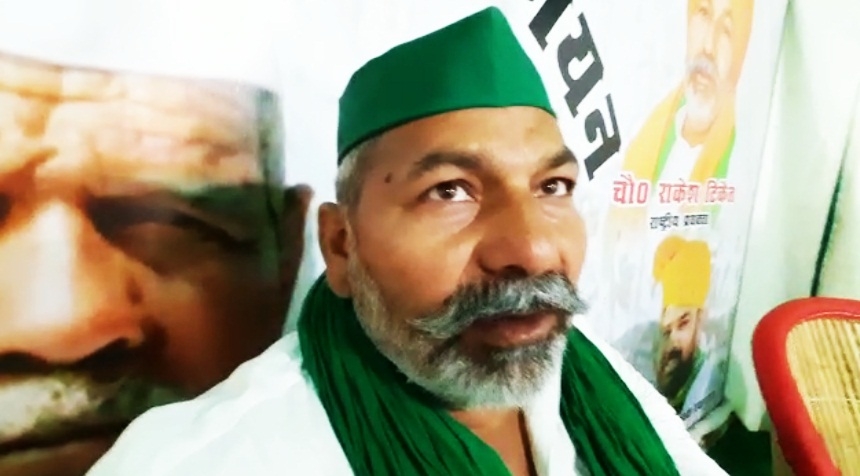 New Delhi : Bhartiya Kisan Union (BKU) leader Rakesh Tikait, who was one of the main faces of the farmers movement, said that the issue of Minimum Support Price (MSP) is pending for a long time, and it is time that the government takes early decision on it.

Tikait said that a meeting of the Samyukt Kisan Morcha (SKM) will be held on January 15 in which further strategy on MSP will be decided.

He said all political parties are hungry for votes and they don’t care about the welfare of farmers.

Questioning the overnment’s intention, he said that it has not taken any steps to resolve the issue of MSP, nor has there been any discussion with farm leaders on the issue. Also, cases registered against the farmers have not yet been withdrawn, while the farmers who died during the agitation have also not been compensated.

Stressing that farmers’ agitation has been unprecedented and is being discussed everywhere, he said farmers will take out tractor rallies in their own villages and will hoist the flag on the tractor.

“No decision has been taken on taking out a tractor rally in Delhi yet. Everything will be discussed in the January 15 meeting. Farmers are ready to fight for their rights,” Tikait .

He also ruled out contesting in the upcoming UP polls.

Asked which party farmers will support, Tikait said this will also be discussed in the meeting on January 15. “Our aim is not to take on the government, but to convey our message to them in the interest of farmers.