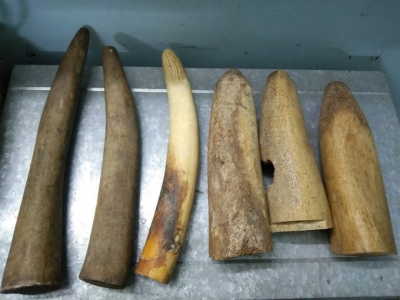 Bhubaneswar, According to the Special Task Force of Odisha Police, a team with help of forest officials conducted a raid near Malpada village under Bolangir town police station and seized the elephant tusks from a wildlife criminal identified as Nurin Set.

Later, the police handed over the accused to district forest officials for legal action at their end, it said.

Six elephant tusks weighing nine kg were seized and one person was arrested in this connection from Odisha’s Bolangir district on Thursday.

Since 2020, the task force has seized 24 elephant tusks and arrested several wildlife criminals involved in the illegal trade.