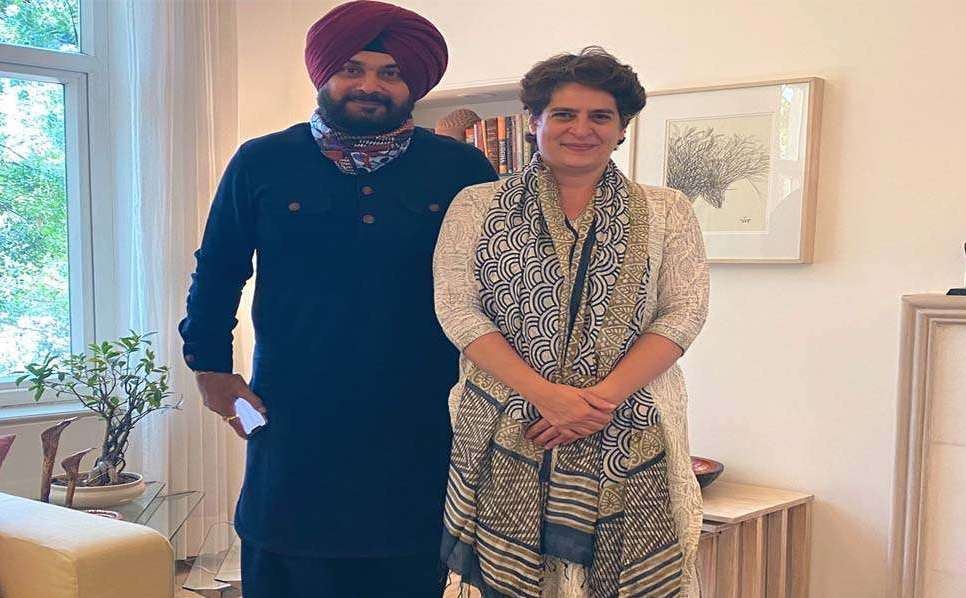 New Delhi : Navjot Singh Sidhu’s resignation as Punjab Congress chief is seen as a setback for party General Secretary Priyanka Gandhi Vadra who was at the forefront in the appointment of the former cricketer over the objections of then Punjab Chief Minister Amarinder Singh .

Now questions are being raised in the Congress over the selection of Sidhu. Senior leader Kapil Sibal directly targeted the Congress high command over the issue and said that this is not good for the border state or the party.

Sidhu resigned much to the dismay of the Congress party and on the day when the party was going gaga over the joining of Kanhaiya Kumar and Jignesh Mevani. Due to the Punjab mess this could not get prominence in the media as well as the public. The party is upset over his resignation and has asked emissaries to settle the issue.

Sidhu on Wednesday said he will fight for the truth till his last breath as the fight is for principles that he won’t compromise with.

“I will fight for truth until my last breath,” Sidhu said in a video message posted on his Twitter handle.

“It is not a personal battle but a fight for principles. I won’t compromise on principles,” Sidhu said categorically.

Without mincing words, he said he would not accept tainted ministers being brought back into the newly constituted state cabinet led by Charanjit Singh Channi, a first-time Scheduled Caste Chief Minister in the state.

In the video message in Punjabi, the cricketer-turned-politician, who said his only religion is to make people’s lives better, said he had fought for justice and for Punjab’s agenda.

“What I witness is a compromise with issues, agenda in Punjab,” he said.