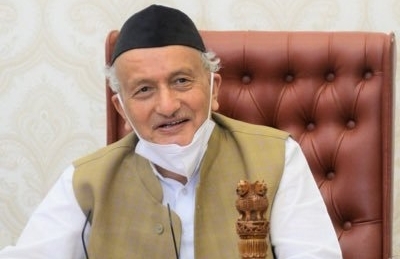 Mumbai : In a major pre-emptive move, the Shiv Sena on Tuesday shot off a letter to Maharashtra Governor Bhagat Singh Koshyari, cautioning him over appointing MLAs as ministers or in any other remunerative posts till their status is pending before the Supreme Court.

Shiv Sena spokesperson and MP Sanjay Raut said that the party has sent a letter to the Raj Bhavan on this count.

In the communication to the Governor, ex-minister and Sena General Secretary Subhash Desai has drawn attention to the party’s writ petitions pending before the apex court.

Desai pointed out that even “the question of legality of the decision to appoint Eknath Shinde as the Chief Minister is also sub-judice” before the top court.

The Sena leader said that having regard to the majesty and sanctity of the proceedings before the SC, and as a Constitutional authority, “you are kindly requested to give due deference to the same and not take any precipitative action”.

Elaborating further, Desai said that appointing (the MLAs) as ministers and/or offering them any remunerative posts when the disqualification proceedings against them under the Tenth Schedule are pending will be against the very letter and spirit of Articles 164(1B) and 351-B.

“Rewarding persons, against whom disqualification proceedings are pending, with ministerial berths or remunerative posts would be totally destructive of the Constitutional scheme,” cautioned Desai.

The Sena leader said given the circumstances, the Governor must uphold the faith reposed in him by the Constitution and act in due deference to the proceedings before the apex court.

The Shiv Sena missive to the Governor came amid speculation that Shinde is planning to expand his cabinet, while his group’s spokesperson has said that the ministry would be expanded after the Presidential election.

On June 30, Shinde took oath as the Chief Minister while Devendra Fadnavis of the BJP was sworn-in as Deputy CM. The duo has been running the show since the past 13 days, though some restless MLAs have been claiming that the cabinet expansion could take place in a day or so.