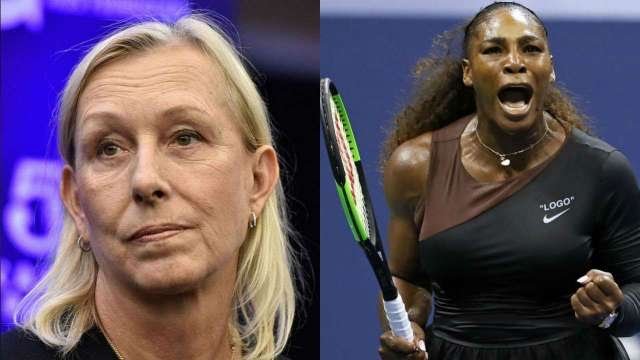 Paris: Naomi Osaka has received backing from Martina Navratilova and Serena Williams after the Japanese tennis star pulled out of French Open on Monday.

Naomi’s decision to not speak to media due to mental health did not find acceptance with organisers of Grand Slam tournaments. She was fined $15,000 for skipping media interaction after her first round win and was also warned of suspension from future Grand Slam events.

“I am so sad about Naomi Osaka. I truly hope she will be ok. As athletes we are taught to take care of our body, and perhaps the mental & emotional aspect gets short shrift,” tweeted Martina, who added that Naomi’s decision was not just about press conferences.

“This is about more than doing or not doing a press conference. Good luck Naomi — we are all pulling for you!,” added the 18-time winner of Grand Slam singles titles.

Serena said she feels for Naomi and wanted to hug her but added that such moments has made her stronger.

“I feel for Naomi. I feel like I wish I could give her a hug because I know what it is like,” said Serena after her 7-6 (8/6), 6-2 win in first round over Irina-Camelia Begu at Roland Garros.

“We have different personalities, and people are different. Not everyone is the same. I am thick. Other people are thin,” said the 39-year-old.

“Everyone is different and everyone handles things differently. You just have to let her handle it the way she wants to,” said Serena, who has won 23 Grand Slam singles titles.

“I have been where I have been very difficult to walk in (to press conferences) in those moments. But, you know, it made me stronger.”