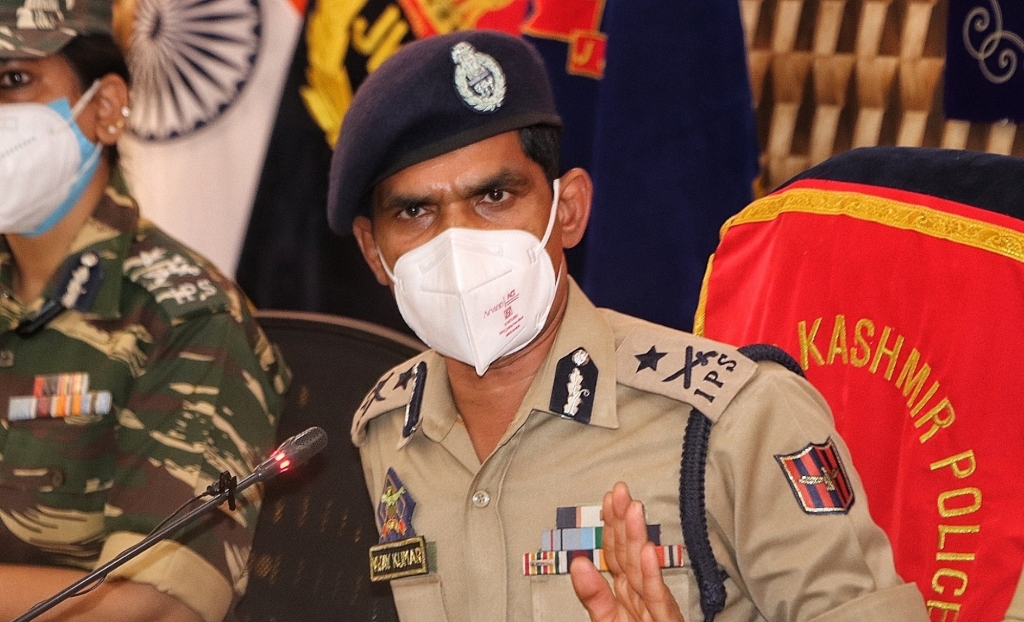 Srinagar : The Jammu and Kashmir Police on Saturday said the security forces are ready to face any threat, adding only those authorised can speak on the Taliban emergence in Afghanistan and its probable impact.

Addressing a joint press conference with the GOC of army’s Victor Force after three JeM terrorists were killed in a joint operation on Saturday in the forest area of Tral tehsil, Vijay Kumar, IGP (Kashmir) said: “As far as Taliban is concerned, I will not talk and those who are authorised to speak will talk about it.

“If any militant comes here, my job is to collect information and launch operation along with the army to neutralise the threat. Any future challenge, we will handle in professional manner. We are completely alert”.

He sought public participation in maintaining peace and tranquility, “If any element, any militant, suicide bomber etc plans anything, we will look for information from locals.

“If any incident happens, the locals will be affected as tourists will fear visiting here. Whose economy will get affected? It will be of the locals and as such I will ask locals to share information.

Talking about any highly sophisticated weapons having come into the hands of the terrorists, he said, “There are no reports about such weapons in hinterland. Last time a pika gun was recovered from an encounter site. If such weapons are in forest area, we are activating information gathering. We are alert. Also counter infiltration grid has been activated.”

He said that one among the militants was Wakeel Shah who was involved in the killing of BJP leader, Rakesh Pandita in Tral on June 2 this year.

He said that militants after killing civilians and politicians take refuge in forests.

“We are gathering information to track them down not only in the hinterland, but also in the forests”, he added.