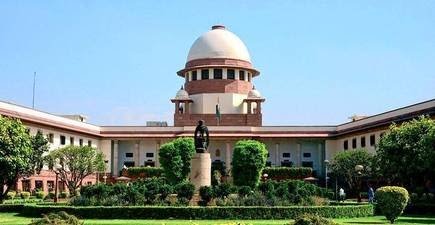 New Delhi : The Supreme Court on Wednesday invoked its extraordinary powers to do complete justice under Article 142 of the Constitution, as it ordered the release of A.G. Perarivalan, sentenced to life in the assassination of former Prime Minister Rajiv Gandhi.

A bench of Justices L. Nageswara Rao, B.R. Gavai, and A.S. Bopanna said: “In the exceptional facts and circumstances of this case, in exercise of our power under Article 142 of the Constitution, we direct that the appellant is deemed to have served the sentence in connection with crime… The Appellant, who is on bail, is set at liberty forthwith.”

Perarivalan is currently on bail. His death sentence was commuted to life sentence and terrorism charges were withdrawn.

During the hearing, the apex court had questioned the Tamil Nadu Governor, for not deciding on the state government’s recommendation to release all convicts in the case, which was made to the Governor way back in September 2018. It took strong objection to the Governor sitting on Cabinet’s recommendation to release Perarivalan for over three years, and then forwarding it to the President.

The top court emphasised that the advice of the state cabinet is binding on the Governor in matters relating to commutation/remission of sentences under Article 161. It added that it is the satisfaction of the Council of Ministers on whose aid and advice the President or the Governor generally exercises all his powers and functions.

“In the instant case, the Governor ought not to have sent the recommendation made by the state cabinet to the President of India. Such action is contrary to the constitutional scheme elaborated above,” noted the bench.

“The reference of the recommendation of the Tamil Nadu Cabinet by the Governor to the President of India two and a half years after such recommendation had been made is without any constitutional backing and is inimical to the scheme of our Constitution, whereby ‘the Governor is but a shorthand expression for the state government’ as observed by this Court.”

The top court pointed out that no express executive power has been conferred on the Centre, either under the Constitution or law made by the Parliament, in relation to Section 302. “In the absence of such specific conferment, it is the executive power of the state that extends with respect to Section 302, assuming that the subject-matter of Section 302 is covered by Entry 1 of List III,” it said.

Senior advocate Rakesh Dwivedi, representing the Tamil Nadu government, submitted that the Governor is not constitutionally empowered to sit in judgment of the recommendation of the Council of Ministers.

He also argued that there is no provision in the Constitution which enables the Governor to refer the recommendation of the state Cabinet for the decision of the President.

“Such actions of the Governor would be in violation of the federal structure of this country, which is a basic feature of our Constitution,” said Dwivedi.

The Centre had argued that it is only the President has the power to pardon or grant remission or commutation of sentence, when a sentence is imposed under any of the provisions of the IPC and that the Governor has no power to grant pardon in exercise of his power under Article 161 of the Constitution.

However, the bench said: “Taking into account the appellant’s prolonged period of incarceration, his satisfactory conduct in jail as well as during parole, chronic ailments from his medical records, his educational qualifications acquired during incarceration and the pendency of his petition under Article 161 for two and a half years after the recommendation of the State Cabinet, we do not consider it fit to remand the matter for the Governor’s consideration.”

“Given petitions under Article 161 pertain to the liberty of individuals, inexplicable delay not on account of the prisoners is inexcusable as it contributes to adverse physical conditions and mental distress faced by a prisoner, especially when the state cabinet has taken a decision to release the prisoner by granting him the benefit of remission/commutation of his sentence.”