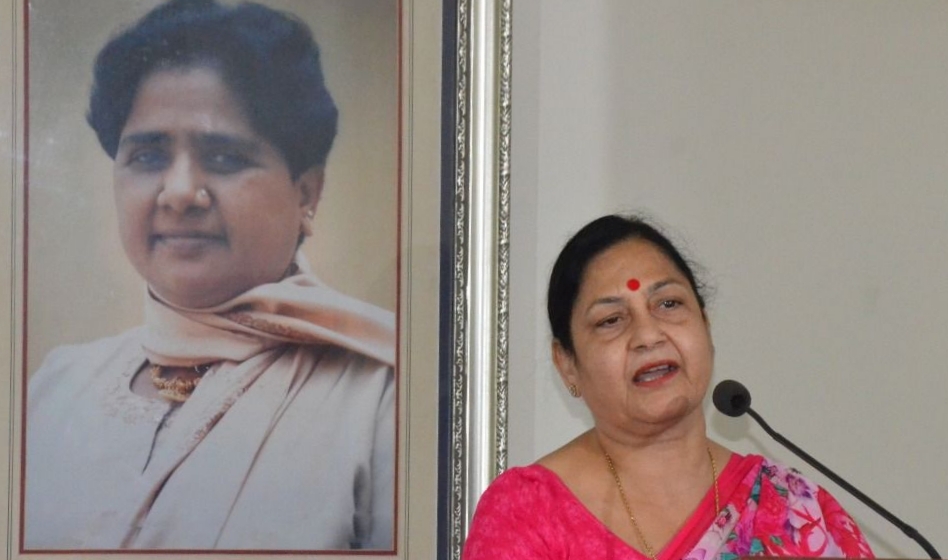 Lucknow : In its campaign to woo Brahmins, the Bahujan Samaj Party (BSP) has now decided to turn its focus on women belonging to the Brahmin community.

This campaign is being spearheaded by Kalpana Mishra, wife of BSP MP Satish Chandra Mishra.

Kalpana Mishra, for all practical purposes, has taken a plunge into politics. She is now addressing ‘Prabuddha Varg Sammelans’ of women independently.

She addressed one such meeting at her residence on Tuesday and party sources said that she will gradually move to other districts and address similar conferences.

Speaking at the conclave at her residence, she said that during the Mayawati regime, ‘our daughters and sisters could move out of their houses even late at night’.

Kalpana Mishra said that there is an atmosphere of anarchy all around in Uttar Pradesh today. She alleged that people belonging to the Brahmin community were being killed in police encounters.

Sources said that the party could now set up a women’s wing-Bahujan Mahila Morcha-and Kalpana Mishra could be asked to lead the same.