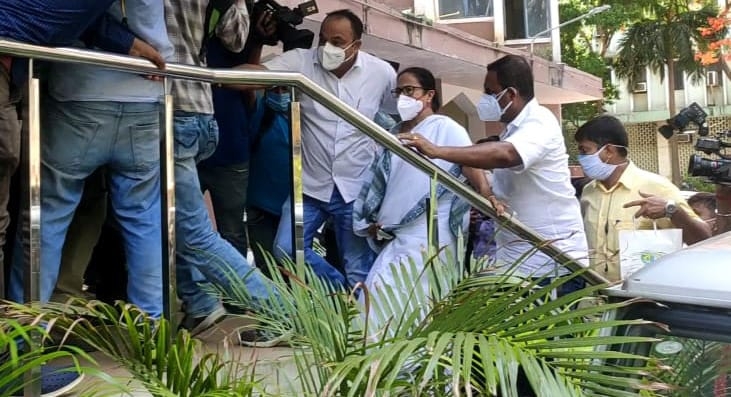 The top court stayed the June 9 High Court order, which refused to take reply-affidavits of Banerjee and Ghatak on the CBI’s transfer plea in the case.

A bench comprising Justices Vineet Saran and Dinesh Maheshwari asked the High Court to decide their plea in connection with filing of affidavits, with regard to their alleged role on the day of arrest of four TMC leaders by the CBI on May 17 in the case.

The bench pointed that High Court is scheduled to hear the matter on June 29, therefore the parties concerned should move there.

The top court also asked the High Court to first decide the applications filed by the WB government, Banerjee and Ghatak, before proceeding ahead in the matter.

Solicitor General Tushar Mehta, representing the CBI, suggested the top court that it could ask the petitioners to move the High Court afresh since the hearing in the matter is in progress over there.

The CBI had accused both the leaders of stopping it from performing its legal duty following the arrest of four TMC leaders.

The top court stayed the June 9 order of the High Court, where the court had refused to take into record affidavit by Banerjee and Ghatak, after hearing their counsel senior advocate Rakesh Dwivedi and senior advocate Vikas Singh representing the West Bengal government.