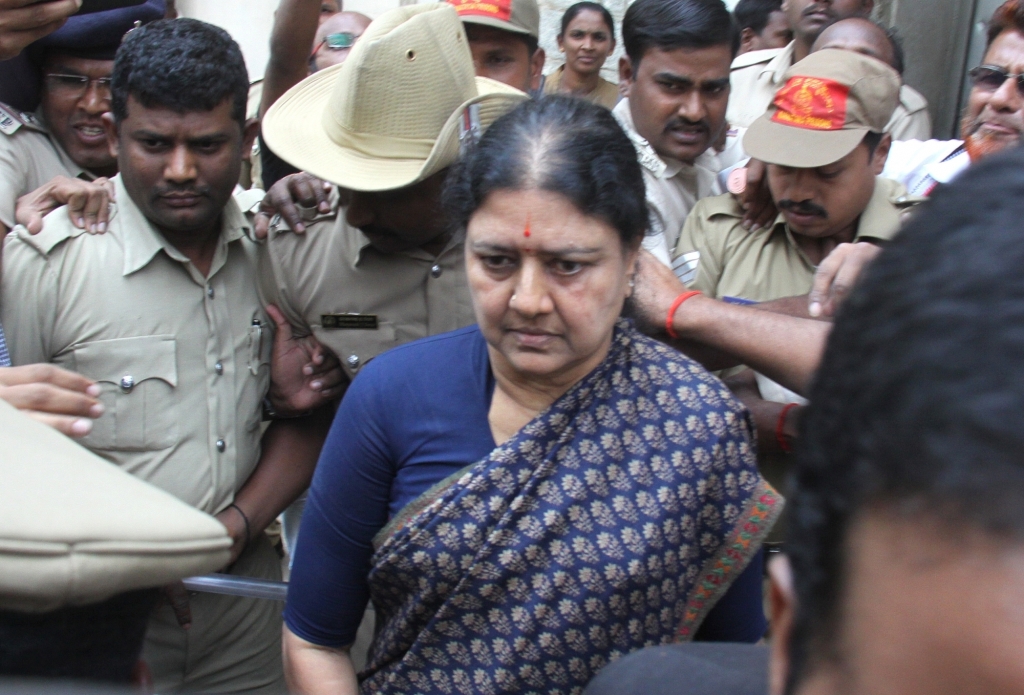 Chennai : AIADMK former interim general secretary V.K. Sasikala, who was later expelled from the party, met the party coordinator and former Chief Minister, O. Panneerselvam (OPS) to express condolences over the passing away of his wife.

Panneerselvam’s wife, P. Vijayalakshmi passed away on Wednesday morning at a private hospital in Chennai where she was admitted following heart-related ailments.

The former interim general secretary spent more than 20 minutes at the residence of Panneerselvam and consoled him by even holding his hands.

It may be noted that after Sasikala was released from Bangaluru central prison, she had reached Tamil Nadu with a large convoy of vehicles and was planning to capture the AIADMK. However, stiff opposition was raised by both O. Panneerselvam and K. Palaniswami, and Sasikala had to announce that she was quitting politics.

After the drubbing of AIADMK in the 2021 Assembly elections, Sasikala has become active and is engaged in telephonic conversation with lower-level functionaries of the AIADMK across the state. She has even boasted that she would take over the AIADMK in the days to come. Political observers were of the opinion that if Sasikala’s movement gained currency, then there was a possibility of OPS extending his support to her, given the fact that both are from the same Thevar community.