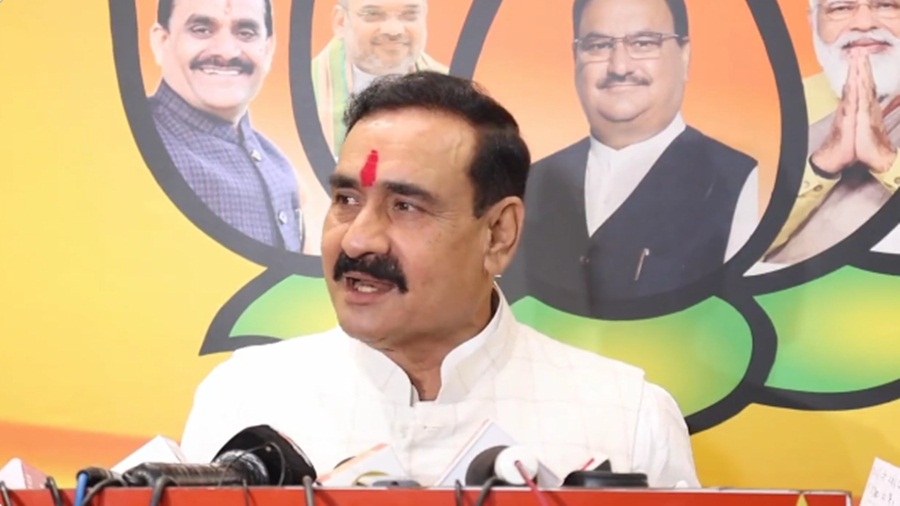 Bhopal : A man has been arrested for assaulting a sadhu and forcefully cutting his hair in Madhya Pradesh’s Khandwa district, State Home Minister Narottam Mishra said here on Wednesday.

Minister Mishra condemned the incident saying that those insulting Sadhus should be taught a tough lesson.

In a video doing rounds on social media, a man can be seen dragging a sadhu to a hair salon in a busy market in Khandwa district of Madhya Pradesh and cut his hair.

After verifying the authenticity of the viral video, district police said that the incident took place in the tribal zone of Patajan village of the district. The man assaulting the sadhu has been identified as Praveen Gaur, a hotelier.

“Police have taken quick action after verifying viral video and the accused has been arrested. I have directed police to take strict action against the accused so that no one could dare to do such a thing further in the state, Mishra said.

According to police, the incident took place on Sunday. However, the action came after a video of the incident surfaced on social media on Tuesday. Police claimed that the incident occurred after an altercation broke out between the sadhu and the accused.

Suddenly, Praveen Gaur became furious and started abusing the sadhu. He then dragged the sadhu to a nearby hair salon, picked up a pair of scissors and chopped off his ‘jata’ (hair).

Police said that no complaint was registered by the sadhu and he was not present in the city after the incident. “We are looking for the sadhu so that a formal case can be registered based on his complaint,” Khalwa police station in-charge Parasram Dabar said.

He further informed that based on the video, a case has been registered against the accused.