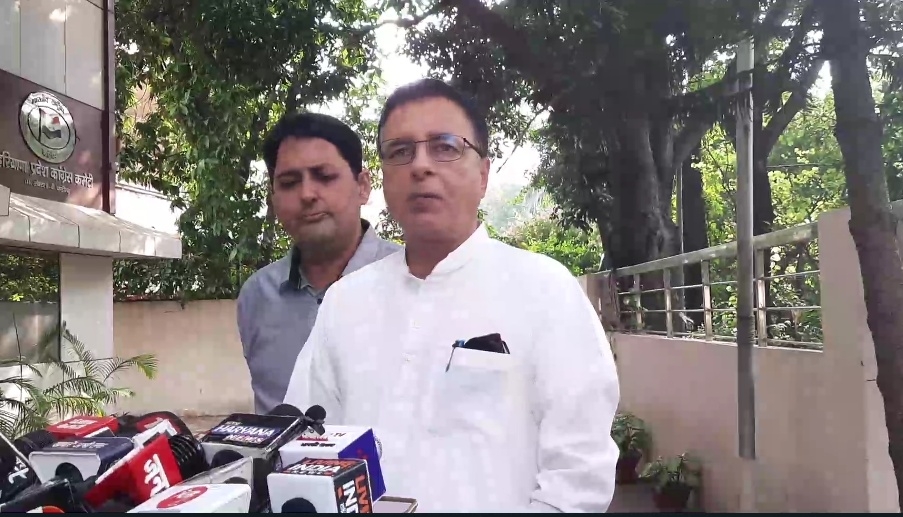 New Delhi : After Panchjanya, a journal with RSS leanings, launched an attack on Jeff Bezos founded Amazon, with a cover story calling it the second generation of the East India Company that entered India with business interests but ended up colonising the country for 200 years, the Congress says what the RSS is saying about the Amazon is irrelevant but the bribery allegation against it should be “probed”.

“What the RSS is saying on Amazon is irrelevant because there is a duet going on between the BJP and the RSS. We have seen that duet, they stand exposed in the farmers agitation. We have seen the dubious role played by the BKS (Bhartiya Kisan Sangh) in the farmers agitation. They did not come for a day in support of farmers in the past one year, so nobody takes RSS seriously anymore. They do not talk in the national interest but in the interest of the BJP,” said Pawan Khera.

The Congress last week attacked the government alleging that e-commerce giant Amazon paid legal fees as graft and demanded an inquiry by a sitting Supreme Court judge into the whole matter.

Congress chief spokesperson Randeep Singh Surjewala had said, “the budget of law ministry is Rs 1,100 crore, so to whom the e-commerce company paid Rs 8,546 crore as legal fee in two years.”

The RSS magazine in the cover story with Bezos picture accused Amazon of indulging in corrupt practices after allegations of bribery surfaced against it. Panchjanya has also accused Amazon of insulting Hindu values through Prime Videos movies and content.

“Amazon too wants to have sole rights on the Indian market. For this it has started taking steps to encircle the political, economic and individual freedom of people here. It is accused of floating shell companies to capture the e-market platform, by bribing to have policies in its favour, and by airing programmes opposed to Indian culture through Prime Videos”, the Panchjanya says in a gist of its cover story.

The story refers to allegations that Amazon’s legal representatives bribed Indian officials, and questions: “What did it (the company) do wrong it needed to bribe… Why do people consider this company a threat to indigenous entrepreneurship, economic freedom and culture?”