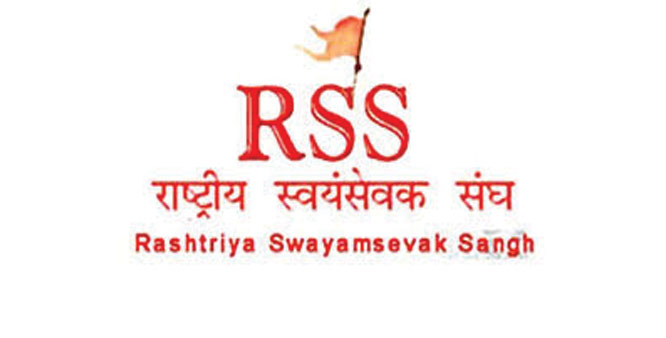 The demand was made during Union Finance Minister Nirmala Sitharaman’s meeting with RSS leaders that took place between November 21 and November 29.

The meeting was the part of the exercise in which the Finance Minister discusses and takes suggestions from various organisations, industry chambers and experts to draw the outline of the Union Budget.

In series of meetings, various organisations associated to the RSS gave several suggestions to the Finance Minister, keeping in view the interests of farmers and labourers.

RSS-affiliated Bharatiya Kisan Sangh (BKS) urged the government to increase the amount of financial benefit provided under the Pradhan Mantri Kisan Samman Nidhi Yojana and sought to link it with the inflation.

Interestingly, the restoration of the old pension scheme has become a major political issue with the Congress party raising the issue vigorously in its campaigning for assembly elections.

The Congress is also preparing to make it a big issue in the 2024 Lok Sabha elections. In such a situation, the advice by the BMS becomes politically crucial.

The 2023 budget to be presented by the Finance Minister will be the last full budget of the second term of the Modi government, and thus the organisations associated with the RSS have called for a populist budget.

It has been suggested to draft the budget in a way that would provide more financial benefits to the people.

National General Secretary of BMS, Ravindra Himte that during the meeting with Sitharaman, the organisation has urged the Finance Minister to restore the old pension system, increase the amount of minimum pension from Rs 1,000 to Rs 5,000 and to provide better health facilities to retired people under the Ayushman Bharat scheme.

The BMS has also urged the Finance Minister to strengthen social security scheme for workers and to take various other steps to protect the interests of the weaker section of the society.

Further, suggesting the government to change its policy regarding the loss-making PSUs, the BMS demanded payment of outstanding salaries to all the employees associated with such PSUs.

National Co-Convenor of SJM, Ashwani Mahajan said that during the meeting with the Finance Minister, the forum expressed concerns over the increasing trade deficit with China reaching $ 100 billion and asked her to raise the import duty.

He said that this will on the one hand reduce India’s dependence on import and save the country’s foreign exchange, while on the other hand it will encourage manufacturing in India, which would help in increasing the domestic production and creating more employment opportunities in the country.

Praising the government’s project under ambitious ‘Atmanirbhar Bharat’ scheme, the forum suggested to the Finance Minister to make efforts to promote non-farm economic activities and industries in rural India.

Mahajan said that he also suggested making rules for R&D on the lines of CSR fund so that companies spend a part of their income or revenue on research and development work.

Mohini Mohan Mishra, All India General Secretary of BKS, that the BKS has urged Union Sitharaman to make all agricultural inputs GST free, and to increase the amount of Pradhan Mantri Kisan Samman Nidhi Yojana in proportion to the increased cost of cultivation.

It has been suggested to increase all subsidies or financial assistance including fertiliser subsidy to farmers, besides more funds for irrigation and river-linking projects were also sought by the organisation.

The BKS also provided several other suggestions including taking necessary steps to increase the income of farmers, setting up of Cow University and promoting organic farming in the country.