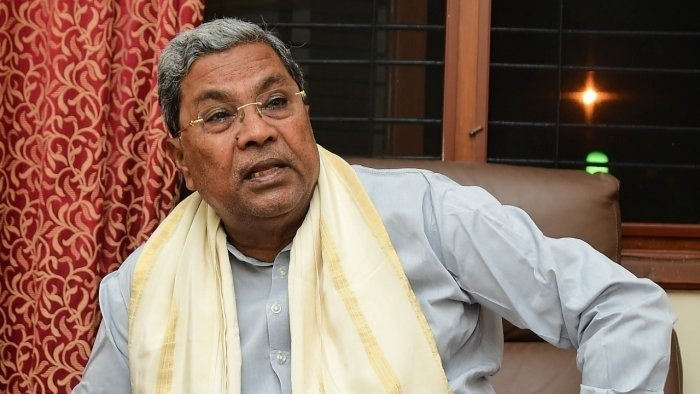 Bagalkot (Karnataka) : Continuing attack on the BJP and the RSS, Karnataka Opposition leader Siddaramaiah on Tuesday said that the country got Independence because of the efforts of Mahatma Gandhi and former Prime Minister Jawaharlal Nehru, and not the RSS.

He further questioned, “Did Godse (Nathuram Godse who killed Mahatma Gandhi) win freedom for us, and did Savarkar (Veer Savarkar) win Independence for the country?”

Siddaramaiah further asked, “Did anyone from the RSS or the BJP die or sacrificed their life for the freedom of India? The people in BJP do not know history.”

He defended his earlier statement of equating Taliban with the RSS and the BJP, saying whoever does not believe in humanity is Taliban. The BJP and the RSS do not have faith in humanism. They do not believe in the democratic values. They don’t even respect the constitution. Since they do not rule according to the principles of the constitution they are called Talibanis and those having the culture of Hitler.

Earlier, Siddaramaiah had chided the RSS cadre as ‘chaddis’ (shorts, referring to the short pants worn by RSS cadre) on Sunday. Even he described BJP and RSS leaders as monstrous.

Hitting back, BJP National General Secretary and MLA C.T. Ravi said that Siddaramaiah is a liar. Due to the age factor, he is blinded to certain things and he needs treatment. “If Taliban was supposed to be in power, he would have been hanging on a pole by this time,” he said.

Home Minister Araga Jnanendra said, if he could not differentiate between the Taliban and the BJP, he does not wish to comment on it. “Siddaramaiah is a leader of Opposition who wants to say a few things. It is clear that he is not able to digest the good work done by the BJP in Karnataka,” he said.