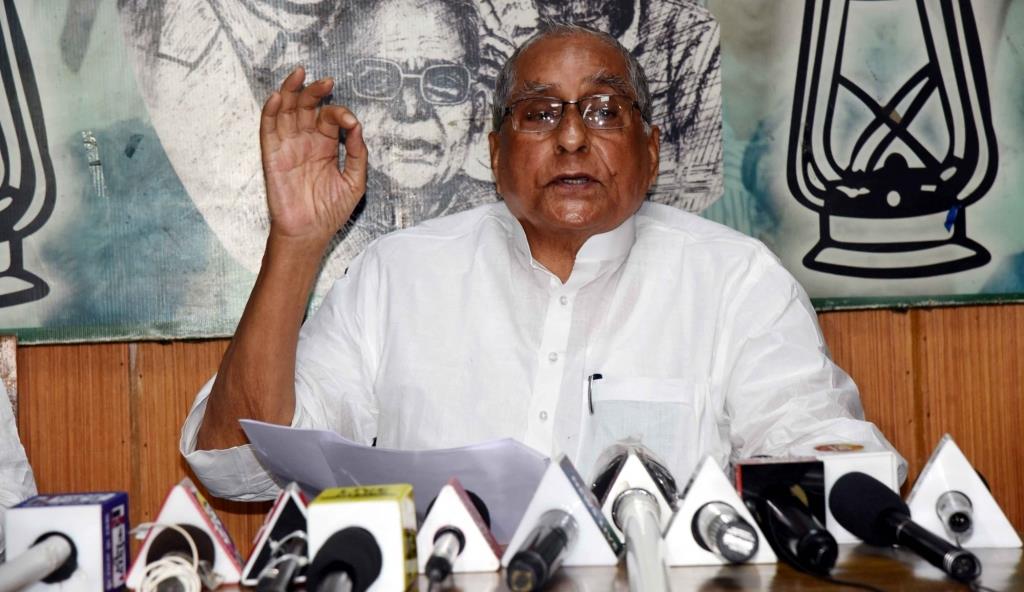 Patna : While the Janata Dal (U) leaders declared Nitish Kumar as a PM material, RJD state president Jagadanand Singh has changed its definition and said that Nitish Kumar is a “waste material”.

“Whatever JDU leaders claimed for Nitish Kumar, he cannot become Lalu Prasad. The latter has a good impression among common people. He is a leader of all sections of people across the country while Nitish Kumar changes his ideology to retain power,” Jagadanand Singh said during the meeting of the party’s disaster management unit in Patna.

“A material generally keeps moving from one place to another and Nitish Kumar has the same quality. He is a waste material. Our leaders Lalu Prasad and Tejashwi Yadav are humans and they are concerned about caring humans. They are not materials,” Jagadanand Singh said.

Upendra Kushwaha, the president of JDU parliamentary board had pitched the terminology “PM Material” for Nitish Kumar. JDU national president Lalan Singh also has the similar views for the Bihar chief minister. Both the leaders said that Nitish Kumar has all the qualities of a prime minister.

Kushwaha further said that mass movement was required in the country to project Nitish Kumar as the PM of the country. Though, he is not in the race for the PM post in the next parliamentary elections.

Meanwhile, Nitish Kumar has said that he is not in the race for the post of Prime Minister.