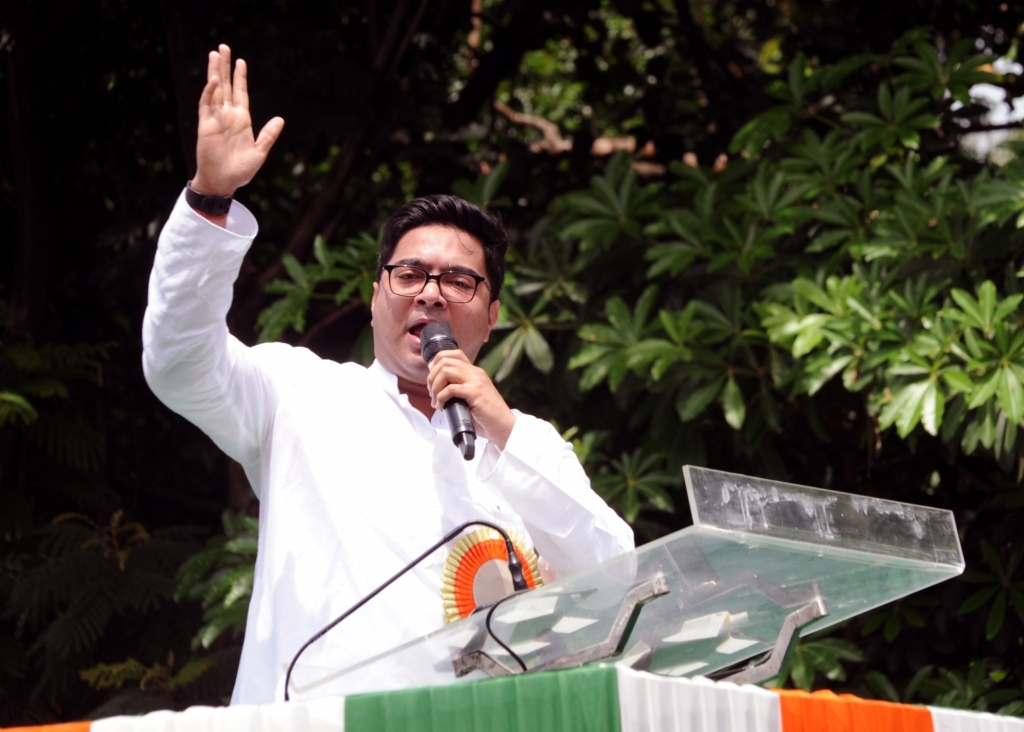 Kolkata, After successfully leading the Trinamool Congress through the Assembly elections in West Bengal, its MP Abhishek Banerjee has been given more responsibility in the party set up on expected lines.

Accordingly, Abhishek, the nephew of Chief Minister Mamata Banerjee, has been appointed as the all-India General Secretary of the Trinamool, replacing Subrata Bakshi. The decision was taken at the party’s core committee meeting held on Saturday.

In a surprise development, actor-turned-politician Sayoni Ghosh, who recently lost in the Assembly elections, has been appointed as the president of Trinamool Youth Congress, in place of Abhishek.

Meanwhile, Bakshi retained his post as the state president of the party following the new ‘one-person-one-post’ theory which has been implemented in the party from Saturday.

Veteran leader and known to be close to Chief Minister Banerjee, Kakoli Ghosh Dastidar, has been given the responsibility of Trinamool women’s wing in place of Chandrima Bhattacharya, while Dola Sen has been made the national chief of the Trinamool Congress trade union.

Interestingly enough, Ritabrata Bhattacharya, who joined the Trinamool from the CPI-M, has been made the state secretary of the Trinamool Congress trade union.

Speaking at a press conference after the meeting, Trinamool General Secretary Partha Chatterjee said, “We thank everybody who voted us to power and we are committed to work for the development of the people and the state. Chief Minister Mamata Banerjee has also thanked everybody who stood beside the party during its hard times.”

When asked about the leaders who are willing to return to the party, Chatterjee said, “There has been no discussion regarding the turncoats. It will be decided at an appropriate time.”

Several former Trinamool leaders, including the former aide of Banerjee, Sonali Guha, and other turncoats like Sarala Murmu and Amal Acharya, who had joined the BJP before the Assembly elections, have expressed their desire to return to the ruling party.

Guha had on May 23 written to Banerjee, apologising to her for leaving the party. “I seek your forgiveness and if you don’t forgive me, I won’t be able to live. Please allow me to come back, and spend the rest of my life in your affection,” Guha had said in the letter.