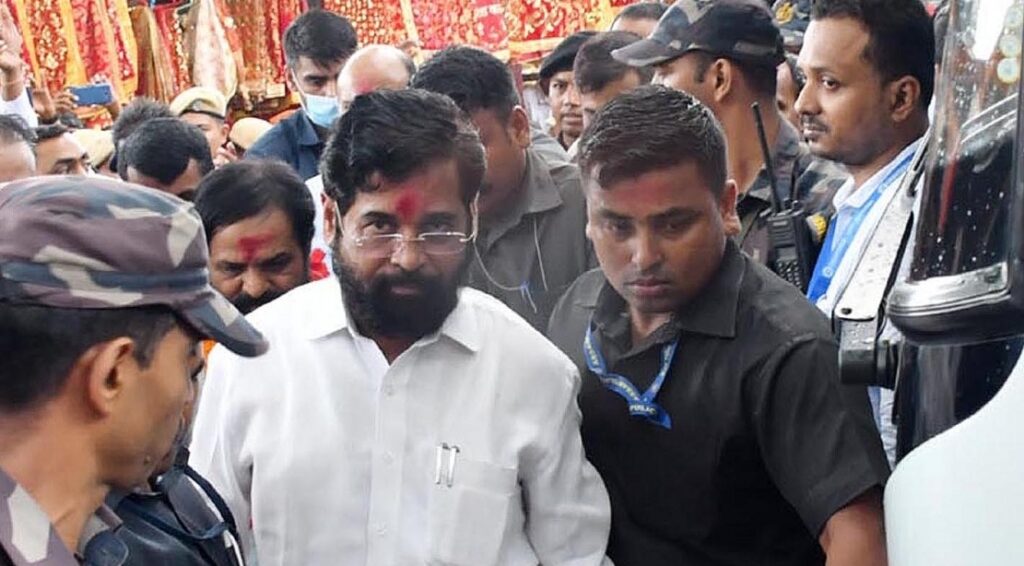 Guwahati : The rebel Shiv Sena MLAs of Maharashtra and their leader Eknath Shinde on Wednesday left Guwahati’s Radisson Blu hotel where they were staying for the last eight days.

The Sena legislators left the hotel premises in three luxury Assam State Transport Corporation buses — one carrying their luggage, and the other buses transporting the rebels and their leader Shinde.

The MLAs have left the city amid tight security. They are reportedly heading to Goa from here.

Media reports had earlier said the dissident MLAs will wait till the Supreme Court hearing which is scheduled on Wednesday evening. However, the rebels reached the Lokpriya Gopinath Bordoloi International Airport at Guwahati to board a chartered flight.

“We are not rebels. We are Shiv Sena. We are carrying forward the ideology and agenda of Balasaheb Thackeray’s Shiv Sena. We will work for the development of Maharashtra following the Hindutva ideology,” Shinde told the journalists at the airport.

“We will respect the decision of the Supreme Court. Tomorrow (Thursday), we will reach Mumbai and participate in the floor test. After the trust vote, there will be a party meeting where the further course of action will be decided.”

Reportedly, the MLAs are heading to Goa from Guwahati and will stay there on Wednesday night at Taj Resort and Convention Centre before reaching Mumbai on Thursday for the floor test.