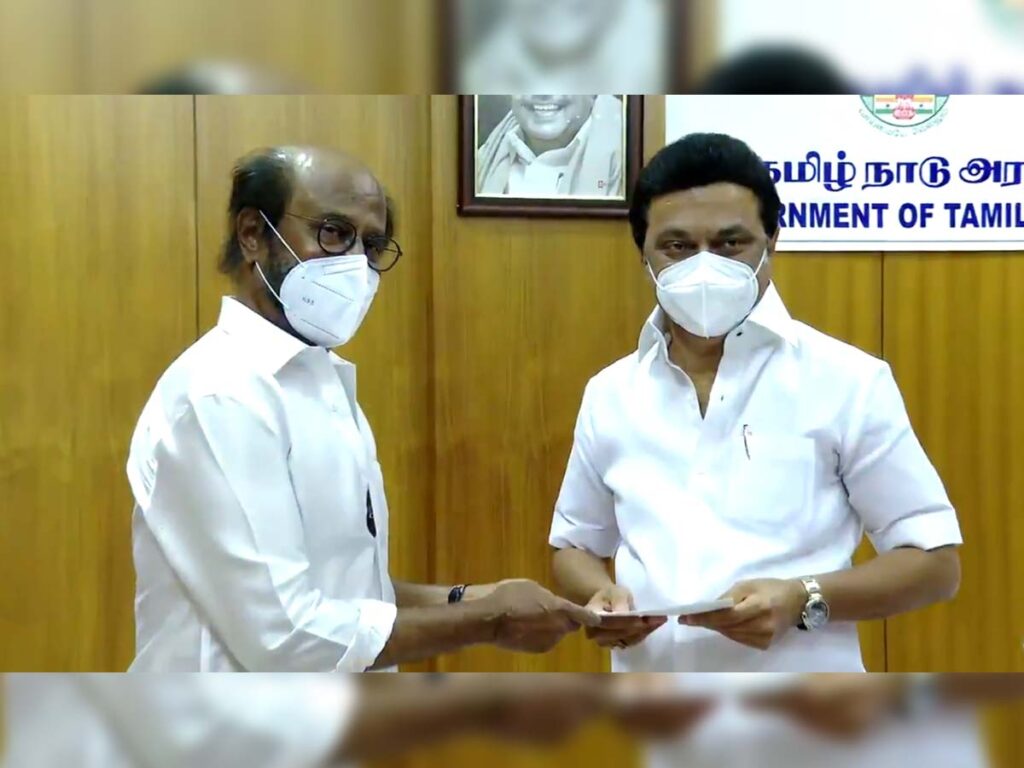 The matinee idol also appealed to the people to follow the guidelines issued by the state government and adhere to all the Covid-19 protocols.

Stalin had appealed to the people of Tamil Nadu to donate money to the CM’s relief fund to fight the second wave of Covid-19.

Meanwhile, CPI General Secretary D. Raja said on Monday that two party MPs and two MLAs would donate their one month’s salary to the CMPRF.

CPM state Secretary K. Balakrishnan has also handed over an amount of Rs 10 lakh to the Chief Minister at the secretariat.