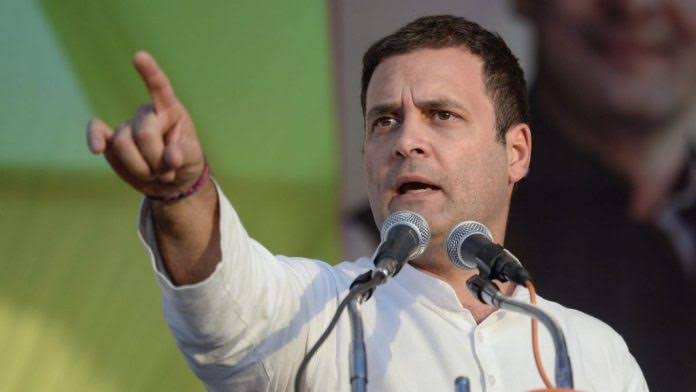 New Delhi: Former Congress President Rahul Gandhi on Thursday took a dig at the Central government over the hike in the prices of petrol and diesel, saying “elections over, robbery started again”.

His remarks as after the fuel prices rose for the third consecutive day, after remaining unchanged for several days between April 6 to May 3.

Petrol and diesel saw a 25 paise and 20 paise hike, respectively, in Delhi.

As per the latest hike, a litre of petrol and diesel will cost Rs 90.99 per litre and Rs 81.42 per litre, respectively, in the national capital.