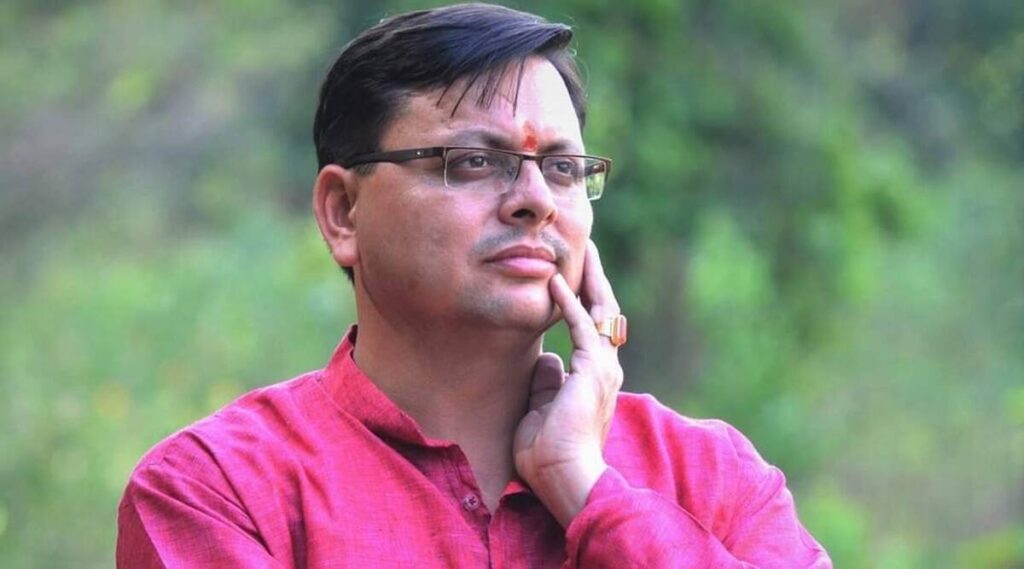 New Delhi: Pushkar Singh Dhami has been elected as the new chief minister of Uttarakhand.

Dhami, a two time MLA, was elected new chief minister of the hilly state in a meeting of the BJP’s legislative party in Dehradun.

The 45-year-old Khatima constituency MLA from the in Udham Singh Nagar district has worked in different positions in the RSS’ students wing ABVP for many years. He has also served as president of BJP youth wing president in Uttarakhand for two terms.

Tirath Singh Rawat late Friday submitted his resignation to Governor Baby Rani Maurya. Rawat was a Lok Sabha member from Garhwal, and as per the rules, needed to be sworn in as an elected MLA within six months of taking over as the Chief Minister.

Rawat was supposed to get himself elected to the state Assembly before September 10 to remain in office which could not happen due to provision of Representation of the People Act, 1951, which says that bypolls cannot be held if the remainder of the term in house relation to the vacancy is less than a year.

The Election Commission has also decided not to hold any election due to the Covid pandemic.