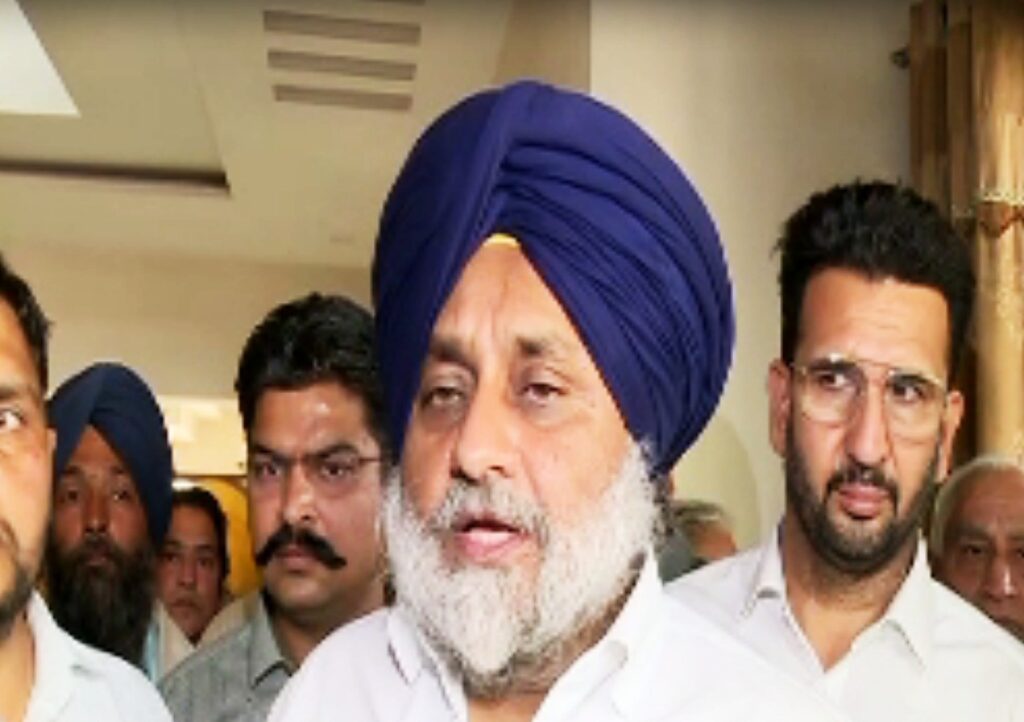 Chandigarh : The Shiromani Akali Dal (SAD) on Thursday demanded a judicial probe into reports that the peace of the sensitive border state as well as the security of the country have been compromised by the ruling Congress by virtually placing the most crucial intelligence wing of the police at the disposal of a private company.

Bains said there are credible reports that the highest-ranked police officers of the state were asked to collaborate with the private company in intelligence gathering.

The intelligence officers were asked to report not to the state Home Minister, the Home Secretary or the Director General of Police, but to Movedek Politco, Bains claimed.

Bains also told the media here that this has brought about “the most unprecedented and dangerous collapse of the law and order machinery” in the state.

When the police, especially its intelligence wing, get bogged down to gather information to blackmail and arm-twist the workers and potential candidates opposed to the Chief Minister and the ruling party in Punjab, peace and communal harmony in the state is left at the mercy of God, he said.

“During this time, the state witnessed a sudden upsurge in shocking incidents of sacrilege, bomb blasts and other incidents of violence. The breach of the Prime Minister’s security also happened during this period only,” Bains said.

He claimed that a proforma was circulated among intelligence officials, right from the highest to the lowest ranks, by the said company in which they were asked to share intelligence on the website of the company.

This, he said, was a shocking compromise of the Constitutional and legal processes.

Bains said the party demands a judicial probe by a sitting judge of the Punjab and Haryana High Court into this ‘sordid’ and ‘dangerous’ saga which put peace in Punjab and security of the country at stake.

He said the party would also take the matter to the Election Commission as this is a grave violation of the process of free and fair polls in the state.

The 117-member Punjab Assembly will go to the polls on February 20, while the counting of votes will be taken up on March 10.