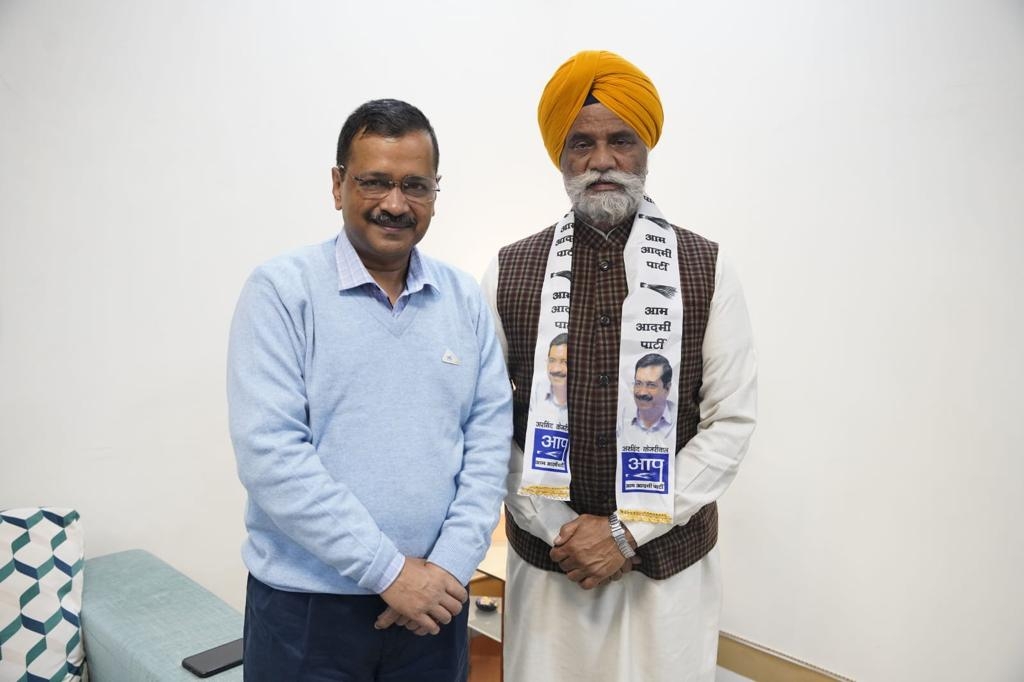 Chandigarh : Just ahead of the Punjab elections, the Congress on Saturday suffered a setback with its senior Dalit leader and three-time legislator Joginder Singh Mann, 72, joining the Aam Aadmi Party (AAP) in the presence of its national convener, Arvind Kejriwal.

Mann, who a day earlier resigned from the Congress and as Chairman of the Punjab Agro Industries Corporation, has been legislator from Phagwara and was a minister in the Congress during the Beant Singh-led government.

He is known as the biggest Dalit leader of Punjab. Mann is the nephew of Buta Singh, a senior Congress leader and former Union Minister.

After joining the AAP, Mann said it was his wish to get his body wrapped in the Congress flag after his death, but the Congress has become a party of rich and opportunistic people.

“There is no place in the Congress for the poor and the common people. The Congress has completely strayed from its ideals and principles. The Congress government is also completely failing to protect the interests of Dalit children. The scholarship scam for Dalit students was not properly investigated and no one was punished,” he said.

“Therefore, our conscience no longer allows us to remain in the Congress,” he added.

AAP’s Punjab co in-charge Raghav Chadha said Mann’s induction would give a huge boost to the party in the state.