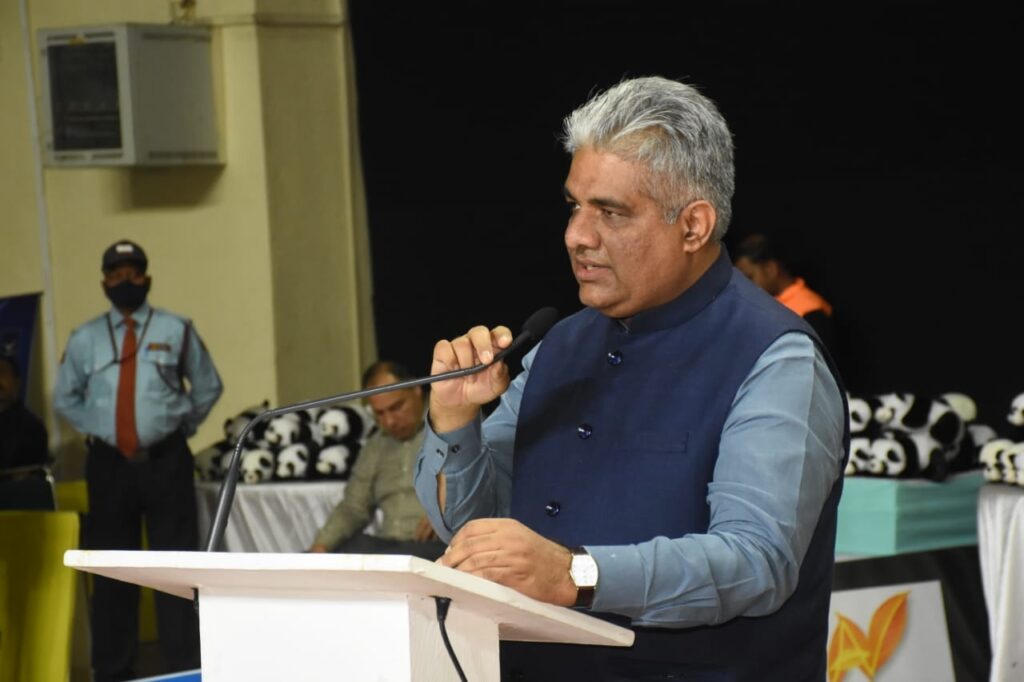 Mumbai : Union Minister for Environment, Forests and Climate Change (EF & CC), Bhupender Singh Yadav has called for a concerted action by all to contain the growing menace of air pollution in Indian cities.

Inaugurating a two-day sensitization-cum-review workshop on National Clean Air Programme (NCAP) for the Western Region states of Maharashtra, Goa, Gujarat and Madhya Pradesh in Mumbai on Tuesday, Yadav asked all officials and stakeholders to work with a missionary zeal and understand that “fighting air pollution is not just a job, but a service to humanity. Public participation is key to achieving cleaner air for all with sensitisation of mayors, NGOs, students, and the public.”

The National Clean Air Programme has been launched by the Centre as a long-term, time-bound, national level strategy to tackle the air pollution problem across the country in a comprehensive manner.

It aims to achieve 20 per cent to 30 per cent reduction in Particulate Matter concentrations by 2024 keeping 2017 as the base year. Under NCAP, 132 non-attainment cities (NA Cities) have been identified across the country based on the Air Quality data from 2014-2018.

A number of MoUs were also signed between NCAP and eligible Maharashtra’s cities under the a15th Finance Commission Million Plus Cities Challenge Fund’.

Participating in the inaugural session, Maharashtra Minister for Environment and Climate Change, Aaditya Thackeray informed that BEST (Mumbai’s suburban transport system) is planning to convert half its fleet into electric buses by 2023 and the entire fleet by 2027, as a part of Mumbaia¿s initiatives for clean air.

Representatives of Maharashtra, Gujarat and Goa made presentations about the action plans being implemented in their respective states.