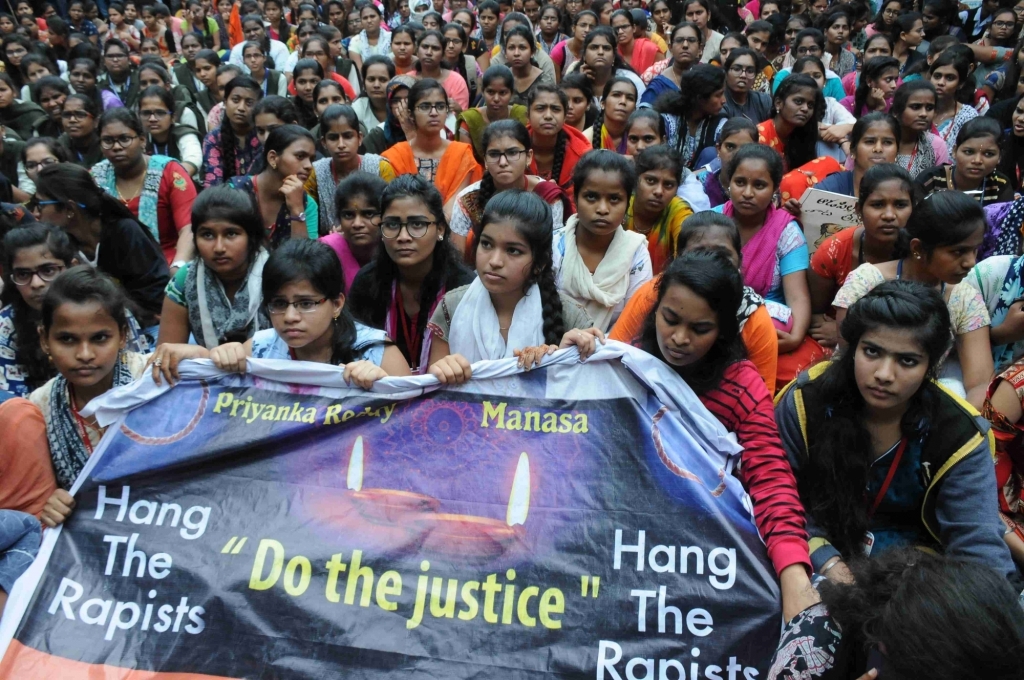 Hyderabad : People demanding justice to a six-year-old girl raped and murdered by her neighbor in Singareni Colony of Saeedabad area in Hyderabad ended their protest following an assurance by authorities to ensure harshest punishment to the guilty within a month.

Protestors called off their seven-hour long sit-in on Champapet-Sagar Road after the assurance and series of measures announced by Hyderabad District Collector L. Sharman to help the victim’s family.

The body of the girl, who was missing since 5 p.m. Thursday, was found in the house of her neighbor after midnight.

The autopsy report revealed that she was sexually assaulted and strangulated to death.

The incident triggered tension and additional force was rushed to the area to maintain law and order.

Police said Raju, in whose house the girl’s body was found, was absconding and all efforts were being made to arrest him. His family members were being questioned to find out his whereabouts.

Residents of Singareni Colony on Friday staged protest on Champapet-Sagar Road, demanding harshest punishment to the guilty and justice to the victim. The protestors demanded that the culprit be killed in an “encounter”.

Hyderabad Collector Sharman and Deputy Commissioner of Police Ramesh Reddy rushed there to pacify the protestors. They promised that a fast-track court will be set up to ensure that the guilty get the harshest punishment within a month. Sharman announced immediate assistance of Rs 50,000 to the victim’s family.

The family of the victim had migrated from Nalgonda district for livelihood. Her father is working as an auto-rickshaw driver.

The Collector said a two-bed room house will be allotted to the family at a place of their choice. He also promised an outsourcing job to an educated member of the family.

The official said two siblings of the victim will be provided free education.